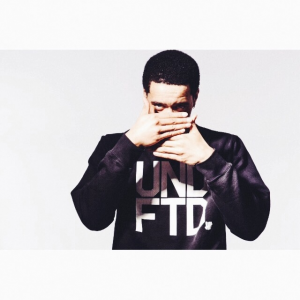 For young inspired musician Aden the time to inspire future generations is imminent. Born and raised in Toronto; until the age of 13, Aden was a “rolling stone” (as he bounced from house to house, city to city, country to country with his mother). Raised by two young parents, a young Aden would choose his path at an early age. after his Father’s death at the tender age of 15, Aden would turn music into the tool he would use to cope with his emotions.
Equipped with a firey flow and strong charisma this artist is ready to make his mark. it’s his drive to inspire those around him and abroad is what he believes will bring him endless possibilities. You will be hearing lots about this artist this year and can listen to Aden’s music at www.adenofficial.com.
Aden collaborates with the producer Zepfire on his lead single “RIGHT NOW” to create a moody and eccentric sound that manages to retain an acute Electro/Hip Hop and Trap sensibility and, more importantly, an incorruptible smoothness. His forthcoming untitled project is derived from self-reflection—staged with an ambitious production.
Today Ghettoblaster has the pleasure of premiering “RIGHT NOW,” which is available at the link below:
Link: https://soundcloud.com/thataden/right-now-produced-by-zepfire
Visit Aden here:
www.soundcloud.com/thataden
www.twitter.com/thataden
www.instgram.com/thataden
www.AdenOfficial.com