Renowned for their brutal and spellbinding live shows, the band will return stateside in March and April 2016 for a run of headlining tour dates.
Savages’ second album, Adore Life, was recorded at RAK Studios, London in April 2015.  Johnny Hostile was the producer and Richard Woodcraft the engineer. Anders Trentemøller took care of the mixing in Copenhagen. 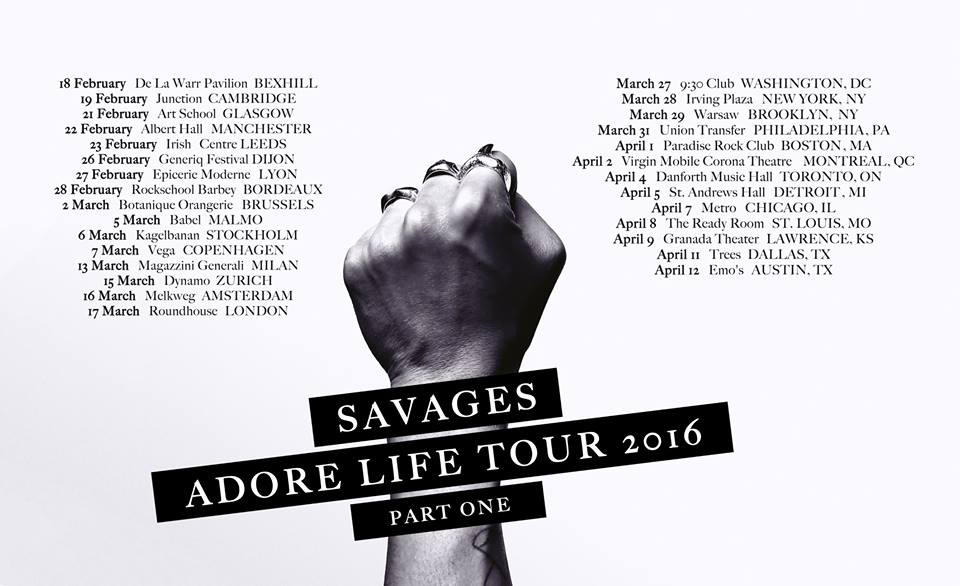