Another Friday Roll Out(!) and what else is there? Hectic week, annoyances, and running into people I don’t want to see which is just plain ol’ happenstance. But I think about Thaione Davis and a line he spit where he said “Music is my salvation, it’s the minimum, it’s how I cope. It’s how I raise my folk.” So yeah, sometimes there’s a light at the end of the tunnel. I’ve engrossed myself in music but sometimes life takes over and detracts from the tasks I’ve tried to place in front of me. Politics are raging around me and I’ll tune it all out with a handful of albums that have been released this week because, well, it is the Friday Roll Out(!) after all.
Why? Um no, it ain’t a question, it’s a band. There’s a bit of insanity that comes to mind when anyone brings up Why? who is (a.) an anomaly, (b.) was an individual rapper, and (c.) now, is a band.  I think back to the Why?’s early 2000 releases, whose style I gravitated to when he rapped. And then things changed. Jonathan “Yoni” Wolf enlisted his brother Josiah , Doug McDiarmid, and Matt Meldon and boom, the band was formed. I read somewhere on social media recently one post that read “whiny indie rock.” Now while that description probably isn’t that far-fetched, what Why? accomplishes here is also done better than most other bands that are reaching for that gold ring. So now after releasing a handful of albums and 5 years since the release of the Mumps, Etc., the wait is finally over. The band has released its 10-song long player, Moh Lhean (Joyful Noise Recordings.) While the group doesn’t change much from its style of writing, it’s Yoni who’s changed things up a bit. Mumps, Etc. had that Hip-Hop flavoring with his raps throughout and singing on occasion where it fit, on the new album you won’t find any of that. It’s actually quite fitting though, The album opener “This Ole King” begins oddly enough with a guitar and Latin rhythms that slowly morphs into this grandiose track filled with softly filtered melodies and harmonies and from this point things seem to so much better. 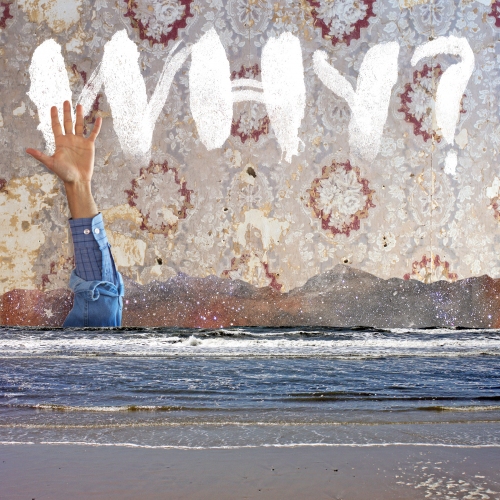 “Proactive Evolution” has the group sounding almost orchestral. The expansive sound they’ve pieced together is generated by wind instruments, harmonies and lots of great percussion. It all done well, pushing the envelope without forcing it. Guitars, although they’re left at mid-level shouldn’t be ignored. A repetitive line midway through is captivating. But where the band seems to come into its own is with “George Washington,” as they leave space around Yoni’s vocals until the chorus comes into play and takes the some to another level. Once Moh Lhean ends you’re left with thoughts of “Is that it? It’s over?” You of course will be forced to play it again. And again. And yet again. There’s a charm to this album that shouldn’t escape any listener.

I keep thinking about how I never find myself curled into a ball of hopelessness after listening to Cursive releases but when it comes to the solo releases of lead singer Tim Kasher, he’s usually a Debbie Downer leaving me to wallow in my own misery. With a new album out today, I wasn’t sure what to expect. Fortunately, it seems as if No Resolution (15 Passenger) has broken that particular streak for me. While lyrically Kasher usually travels on darker roads, it seems with the new album….not much has changed. But that’s not necessarily a bad thing. To many fans, including myself, his way with words borders on genius and while his imagery remains steadfast, this time around the tone of the music changes things. On “Runts,” with his character description, it seems close to the brink of ending it all, grasping onto the edge of that rope. And while you may feel for his pangs of yearning, it’s all ok! That’s because the music takes a different turn altogether. Catchy rhythms, lovely strings and keys, all the while singing “‘Fuck my life’ she said / pop in half a Xanax with a little wine / she can settle down…” It’s misery wrapped in some tasty chocolate. Or pharmaceuticals. Kasher is masterfully descriptive, and after every subsequent listen it gets better. “Break Me Open” bounces nicely before reeling in a bit of dissonance midway through but Kasher’s heart is open here cleverly using metaphors to get his point across. Again, this is where the strings come in and capture another feeling of beauty and despair. “No Secret” journeys on a different path though. Musically it’s angry, evocative, taking control both musically and lyrically. It’s a song that could be fitting with his main endeavor but it fits in fine on the collection of songs here, literally giving the “sweetness” of the songs more to chew on. 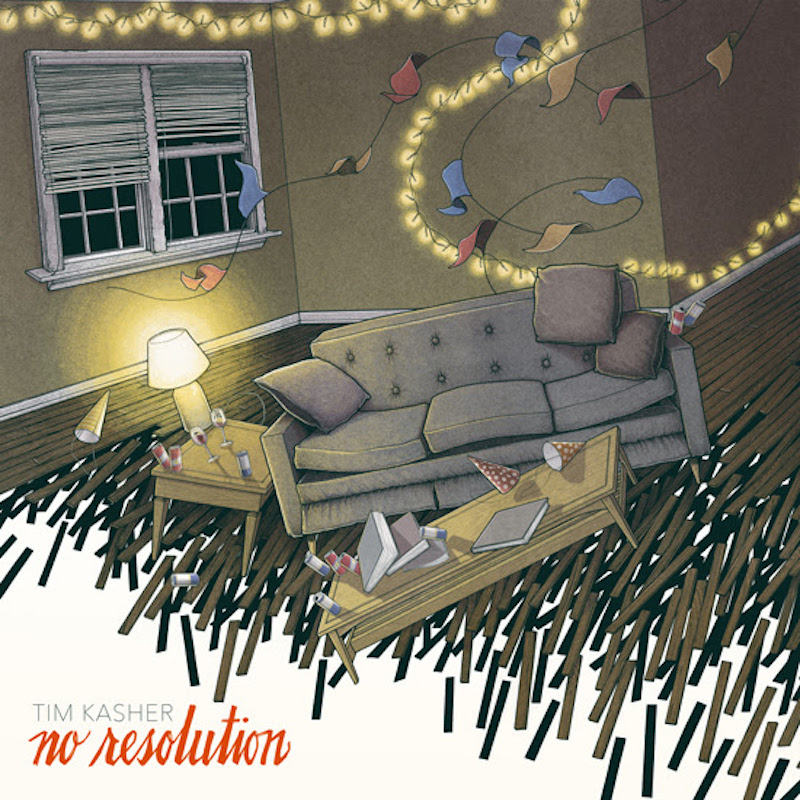 But there’s something about Tim Kasher and how he does things that I sometimes find refreshing, like on the repetitive “Hollow.” The rhythm softly creeps in and then barrels down through the track before eventually dissipating. It might be repetitive but it’s not repetitious. You’ll find horns and strings along with the prerequisite instruments he normally uses (I guess those horns/strings are part of what he’s accustomed to using now as well) but the shifting crescendos keep me enthralled. Occasionally I feel that Kasher wants us all to think he’s a mess of musician when fitting in so many different aspects of his psyche but he’s not fooling me here. He knows what he’s doing to keep me coming back. Tim Kasher’s lyrical prowess casts shadows over his contemporaries and musically, he’s become masterful with arrangements. No Resolution is just that good.

So this Joel Porter, he released a new EP today entitled Mountain Twin. It’s only four songs so I thought it couldn’t hurt to listen to it. If it were good, then it’s a win but if turned out to be bad, well, that’s also a win since there are only four songs. To my dismay though, it’s the former rather than the latter. Fortunately it’s fortunate and I’m the one that comes out winning in this scenario. Herein lies the conundrum though: for any singer/songwriter that straps on an acoustic guitar, he – or she – will endlessly be compared to those that came before them in the past 20 years or so. Porter does things a bit differently though, incorporating ambient sounds and other instrumentation to fill out his songs. The title track is a soft, sleepy, dreamy affair where he sings and coos over an underlying keyboard while those soft vocals try to lull you to sleep over his guitar. When that beat drops it doesn’t take anything away from the rest of the instruments. The track is just perfectly soothing. But this is where my previous comparative efforts come into play. Oh goodness, “St. Anthony” will trap everyone that comes into contact with it into a wallowing cell of despair. The track’s timbre is saddening the way a track from Elliot Smith or Sufjan Stevens can push everyone into utter despondency. I don’t mind it though and neither should you when it’s this captivating. “We Are Giants” draws you out a bit though, quietly leading you out and then enthusiastically builds to a crescendo. Joel Porter has a lot to offer up and with this look into the Mountain Twin EP I’m left wanting to explore some more. 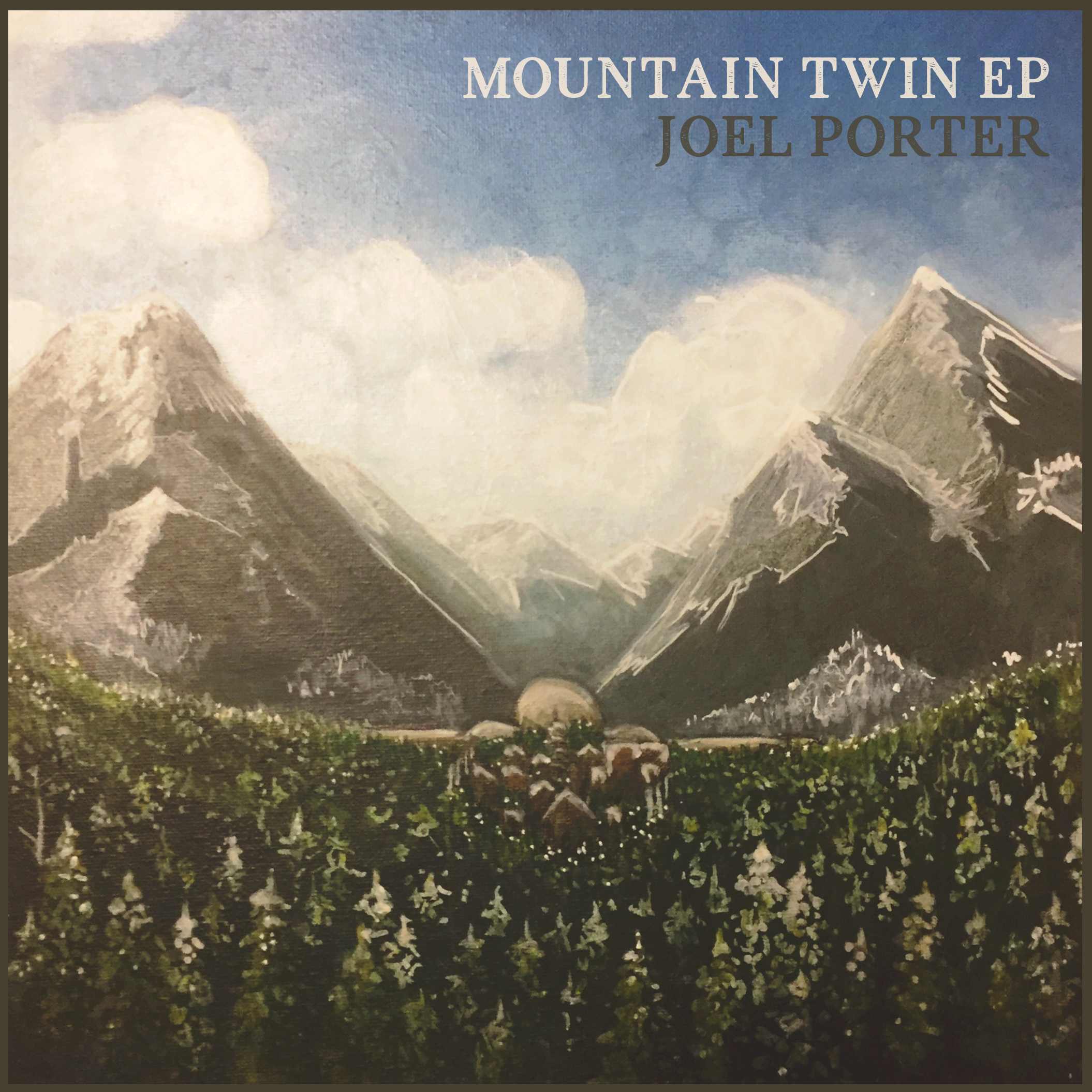