It’s another Friday and here we are again. The more things change, the more they stay the same. I keep listening to the constant complaint of those who want something better but you know what? You actually have to get up off your ass and work for it! No one’s going to hand you anything. Every week I receive a slew of releases and I’ll randomly grab a handful to listen to. Yeah, sometimes people just do that, and what I find on occasion are those that don’t expect anything to be handed to them, deciding to put together a collection of songs they felt strongly compelled to create. You see that? They’re creating their own opportunities and for better or worse, they’ve landed at my feet here. What do we have here? 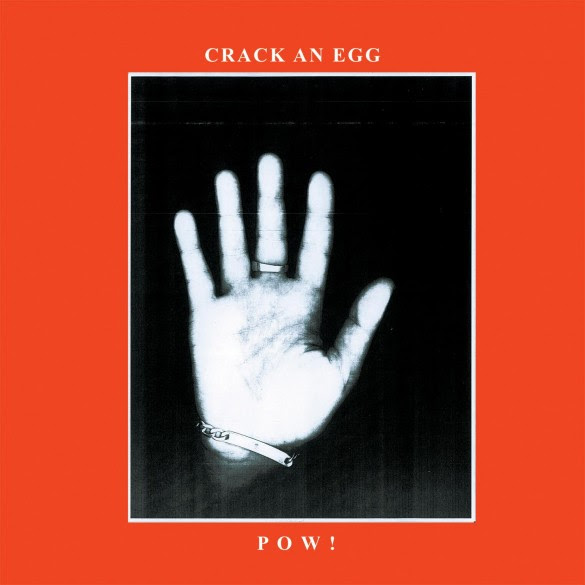 I didn’t know what to make of band, the duo who simply goes by the name POW! at first glance. I imagined their  album Crack An Egg (Castle Face Records) would be a gloomy pastiche of work that would probably keep me in a depression for a few years. Luckily that’s not the case. While the duo may play a familiar synth-rock style, they’re here to make you feel their songs deep in your soulless body. The party really starts for me with “Back On The Grid” where they stop and start to a mechanized beat surrounded by synthesizers, noisy powered amps and staccato vocals at points. Did I hear this song right? Yep, just played it again and you can find my ass shaking to it with the utmost abandon. They’ll get downright spooky on the eerie “Castle Of Faith” which is both haunting and robotic with Byron Blum’s vocals sometimes taking a backseat to his musical interplay with cohort Melissa Blue.

But it’s on “Necessary Call” where they let their punk roots show through their highlights, driving it with a 4-chord distorted guitar joint just swallowing everything up in its path. The great thing about POW! is the grittiness in its simplicity. The band doesn’t try to beat you over the head with its musical prowess, instead opting to capture your attention with great songs like “Energy In Motion.” Look for the band to continue fucking up your day in the best of ways when things aren’t going your way.
That leads me to Quelle Chris. People are quick to toss comparisons around to another production genius or utilize easy words like “quirky,” but his brand of Hip Hop is somewhat different. Now while they may be slightly angled towards that direction in a sense, Quelle Chris’ music far surpasses them. Being You Is Great, I Wish I Could Be You More Often (Mello Music Group) is a strange ride, Chris’ music production and vocal delivery sometimes don’t sound like they go together, juxtaposed against one another but seamlessly meld well together. Makes sense? Listen to “Buddies,” where the musical pastiche is layered with his vocals that hops along eventually hitting the beat on point. When the self-absorbed character reference he has on lyrics “I fucks with myself” doubled over but not landing exactly together, it’s clear his attempt to do something different works perfectly. As odd as the song is, it’s perfect. Quelle Chris says everything people want to say with clear braggadocio.  Being You… is rife with guest appearances as well, some well known (Roc Marciano, Jean Grae) to his homies (Big Tone, Cavalier, House Shoes) who all add vocal texture to his tracks. “Fascinating Grass (feat Big Tone, Roc Marciano, 87) moves at a mid-tempo’d pace with Marciano’s low register fitting well against Tone’s quicker rhymes. But on “BS Vibes (feat. House Shoes),” where he and Shoes trade quips is almost hypnotic. The piano line here grabs hold on this one. And this is where things get strange. 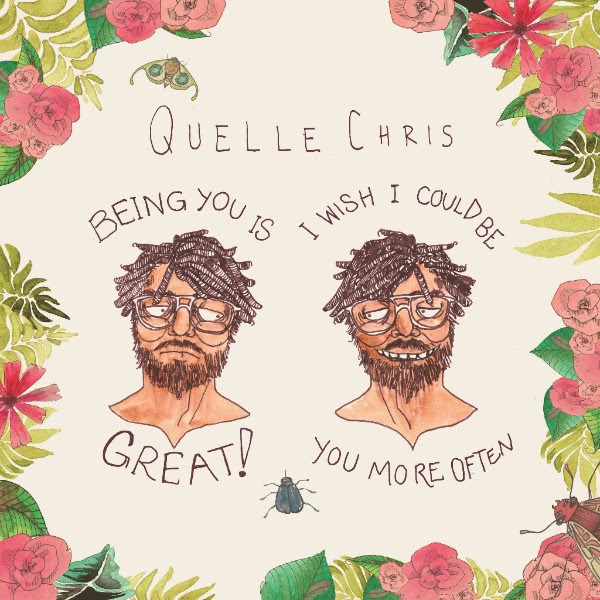 Quelle Chris – Being You Is Great,
I Wish I Could Be You More Often

The beat on “Dumb For Brains (feat. Cavalier)” sounds off key at points but both emcees make it work, just like on the rest of the tracks here. Quelle Chris will get a little wicked on the beat though because “The Prestige (feat. Jean Grae)” takes no prisoners. He and Grae, bring that cutthroat heat with vocal deliveries as well, then again Jean Grae could always hold her own against any man, woman, or alien rappers. She’s still that scary good. But with Being You Is Great, I Wish I Could Be You More Often I can fucks with it. It’s a strange ride that you may want to get on.

What we have left is Sinkane. Well the moniker is used by one Ahmed Gallab, a Sudanese singer/songwriter born in London to college professors who moved to the U.S. when he was 5. Life & Livin’ It (City Slang) is his 6th album. I’m not sure if I had some preconceived notions about the album, thinking it was going to be different than his last, which it is. With every album he puts together, Sinkane gets better and better with his song structures, his vocal delivery, the arrangements, etc. Sinkane is more than just a singer/songwriter though, he’s a pop artist that doesn’t receive the accolades and love he deserves. The music he creates differs whereby adding African rhythms throughout a number of tracks. On  “U’Huh” (watch below) you can easily catch it within the song, but it doesn’t pigeonhole Sinkane into a limiting world music genre, instead it gives it more flavor than the average pop song. The same can be said for “Deadweight,” which has a modern R&B appeal to it but remains rooted in having that inclusive international vibe. 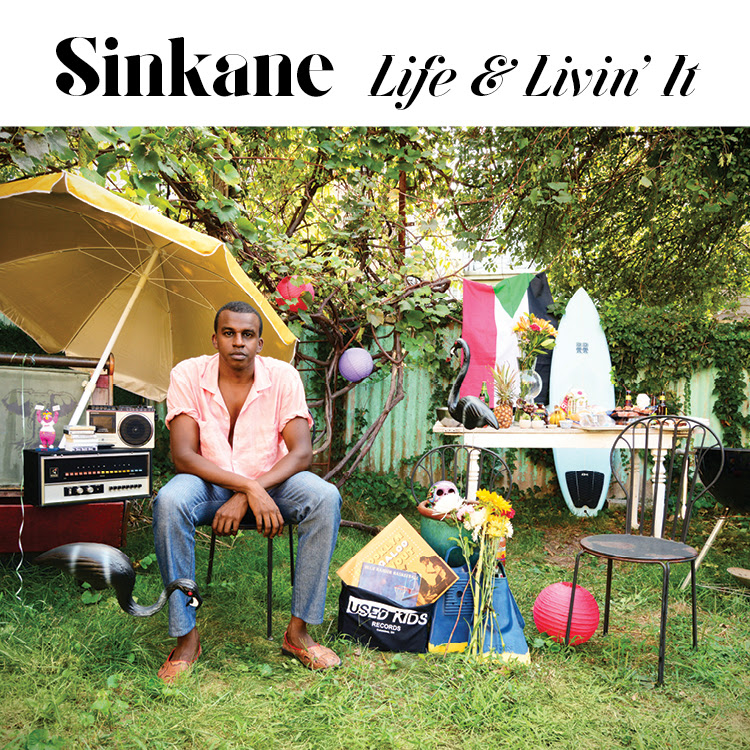