What a week, and just a few days away from that tax deadline for this year.  Taxes are a necessary evil but I’ve never wanted to pay income tax. How much happier would everyone be if the government declared income tax as unconstitutional? I know, I’m reaching but a person can dream can’t they? This has absolutely nothing to do with anything but today the new season of The Get Down premieres so engrossing myself in that is a sure bet.
The first item I have on tap is Deathlist, which is multi-instrumentalist Jenny Logan. The press release I received with this is a bit disturbing but I never really know what’s fact or fiction. It reads that Logan grew up in central California and at the age of 13 she was forbidden to even utter a word. Around the age of 14 she ran away to NYC and started playing in bands. After years of touring in a number of projects she was able to find the voice for her project as Deathlist. This story alone I find fascinating which made me want to delve into the self-titled debut (released on X-Ray Records), an album that was apparently “conceived as a diary of sorts chronicling a year spent coming to terms with the impending death of her estranged father.” Once you begin playing it, you can feel the music is evocative. For the most part the timbre remains dark and heavy, as Logan’s emotions run rampant. Musically “Dream Of” is a hard listen, it’s so hot-blooded yet cold in its delivery. Angry yet with a controlled temperament. It’s one song that I keep coming back to.  The music does get a bit more playful though on “IRL” but that underlying anger still seems present, although the track “Hate” doesn’t have that. When Logan sings “I’m already tired from this” the music is fitting, slowly dragging along and you can only imagine her sitting comfortably with a cigarette burning down to her fingers. 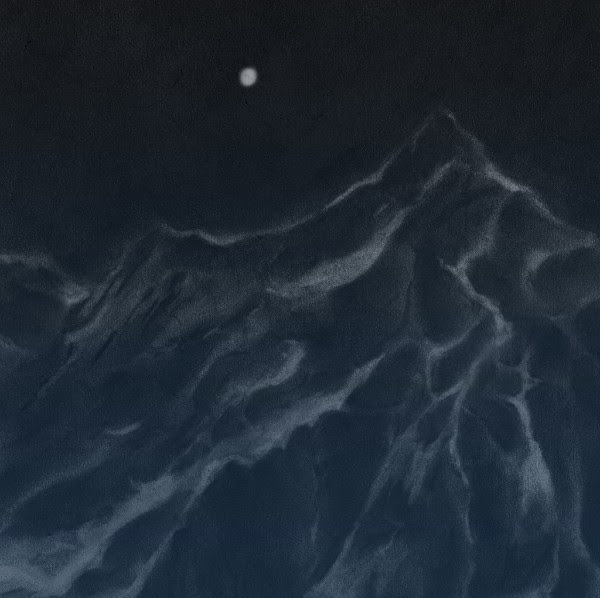 The first single off the album “With You Now” Deathlist reached into a myriad of emotions for this hard driving  track. It captures the best of what Logan offers when she shifts modes. But, dare I say on, “Stay There” she’s found a bit of solace creating an upbeat number. Catchy even. That bass drives the proverbial balls-to-the-walls here. It has such beautiful background cooing it would even make Kim Deal blush. Deathlist is a bit of an anomaly. Jenny Logan has a number of great ideas that should be explored a bit more. I can’t wait to hear what Deathlist has in store next.

Now it’s been a while since I’ve heard anything, actually I haven’t heard any music of his since 2013. That’s the last time JC Brooks released an album with his group The Uptown Sound. Howl (Bloodshot Records) was a hell of an album so of course I was pleasantly surprised when this one showed up. This time around though, his new album, The Neon Jungle (Rock Ridge Music),  simply has his face and name on the cover. He’s eschewed the need for a crutch of  associating himself with a backing band name and solely takes responsibility here branding just his own name. While his last outing took a more visceral approach, here JC seems to have honed his delivery and voice for a more direct and soulful approach. If you’re expecting something more akin to the old R&B and gospel-inspired songs like his contemporaries (Charles Bradley, Lee Fields, etc.) you’re in the wrong candy store. Listening to his new album is like looking through a kaleidoscopic view of the 80’s when artists were shaped with a gleam and shine on top to conform to hungry music listeners.

Listening to “Drive,” when Brooks sings “Sold my soul to the future yesterday” I can’t help but think I may be right in my assumption. But it isn’t a bad thing because with each track you hear what he’s really capable of projecting. You’ll get hints and outright images of traveling back to the future past but it isn’t disappointing. “Stumble In The Dark” doesn’t walk in shadows, but the faces of Michael Paré and Willem Dafoe pop into my head. The song could have been added to Streets Of Fire back in ’84. The song is perfectly edged and set for it. But then I’m not sure where the album is going from that point on. Where the songs begin to take refuge in styles made popular by Jeffrey Osborne and James Ingram, but it doesn’t do Brooks any justice here. For better or worse, The Neon Jungle is hit and miss. When Brooks misses his mark, it sounds far off but when he hits, it’s nailed in with a fervor.