It’s another Friday and this week a few friends have expressed how there’s a feeling of  dread when it comes to rock music. It’s difficult to argue that point considering just about everything you find on the radio is bland and has a mass pop appeal to it. But it’s something that always comes up and is a never-ending cycle. But you have to look past what’s in front of you and dig deep for something viable on your own. So of course, rock isn’t dead; that’s a hearty “no.” Real rock has always remained on the fringes and it’s something you have to search out. It occasionally falls on my lap , which I’m always appreciative of. Oh what a glorious week it’s been.
One band that’s been marginalized that more people need to be familiarized with is Meat Wave. Three guys from Chicago that formed the group back in 2011 who have released their third proper full-length as a unit. The Incessant (SideOne Dummy) is one record that I’ve been anticipating. The group’s last outing, 2015’s Delusion Moon, was one record I couldn’t get enough of. Forget that Albini produced it, you can’t force such powerful and great songwriting. What do we all get from the new album? More of the same. With Albini behind the boards, Meat Wave is reminiscent of those post-punk acts that came before them. It may have something to do with a few similarities in music but there’s no faking the approach with a take-no-prisoners attitude when the three members,  Chris Sutter (vocals/guitar), Joe Gac (bass), and Ryan Wizniak (drums), barrel through every song. The band kicks things off with “To Be Swayed,” with its mechanical rhythms beginning things but quickly turning a corner with Sutter’s screamed/sung vocals. The band pauses on a dime, then quickly explode ear drums again with the powerful “Tomosaki.” As soon as you interest is peaked, it’s gone and clears into a fantastic “Run You Out.” The first three tracks run about, or just under, the 2-minute mark; they’re perfect but leave you begging for more. 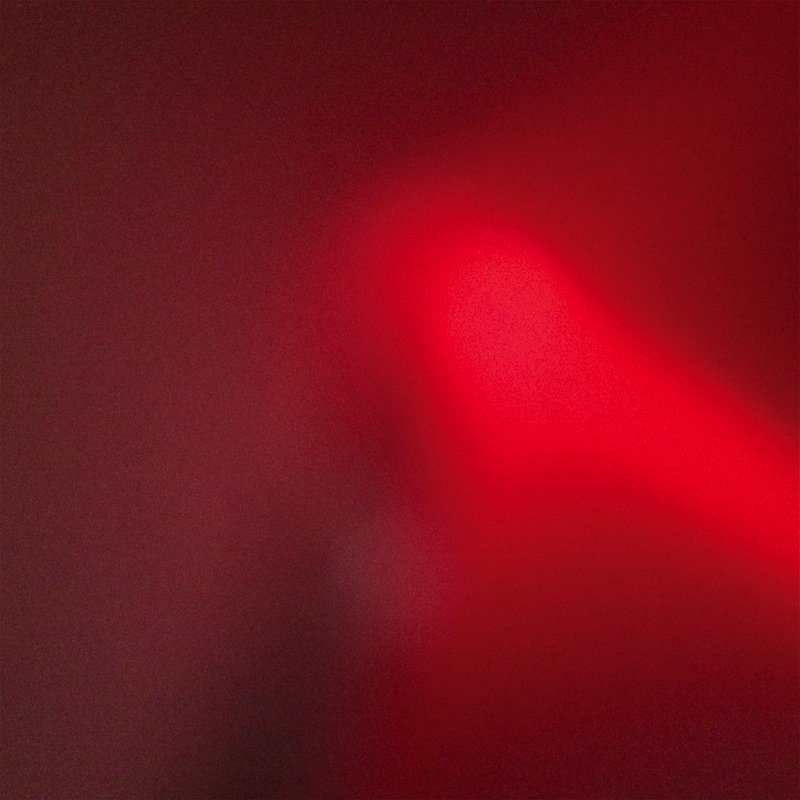 When the track starts up, the kid gloves come off and the band takes a stab at hypnotizing listeners with a frenetic beat and frenzied guitar work. By this point I’m not even half way through the album and I’m in hook, line and sinker. Jumping around tracks like I normally do, “Glass Teeth” differs a bit softly crescendo’ing into a sonic beast of a song. Where there was some room to breath, the trio encapsulates the track in a blissful tryst full of jackhammers and sugar cookies. The title track might be the odd man out here within the 12-songs of the album, a little slower with the occasional burst of distorted guitars wrapped under Sutter’s vocals. Different, but after a few listens it seems to fit in more than I thought it would. The Incessant is more complex then you might think upon that first listen but its infectiousness is unrelenting.

My cousin turned me onto Hanni El Khatib some years ago when he released his debut Will The Guns Come Out. That release was pretty stark but had charm to it. “Loved Ones” still remains one of my favorite songs of Khatib’s. With the release of new material,  I was a little skeptical about his album Savage Times (Innovative Leisure.) I’m always left with a feeling of dread believing that a good thing never lasts. BUT, that’s not the case. When I first listened to the album I hit my social media with, “I fucks with Hanni El Khatib.” Yeah, this album is no fucking joke. 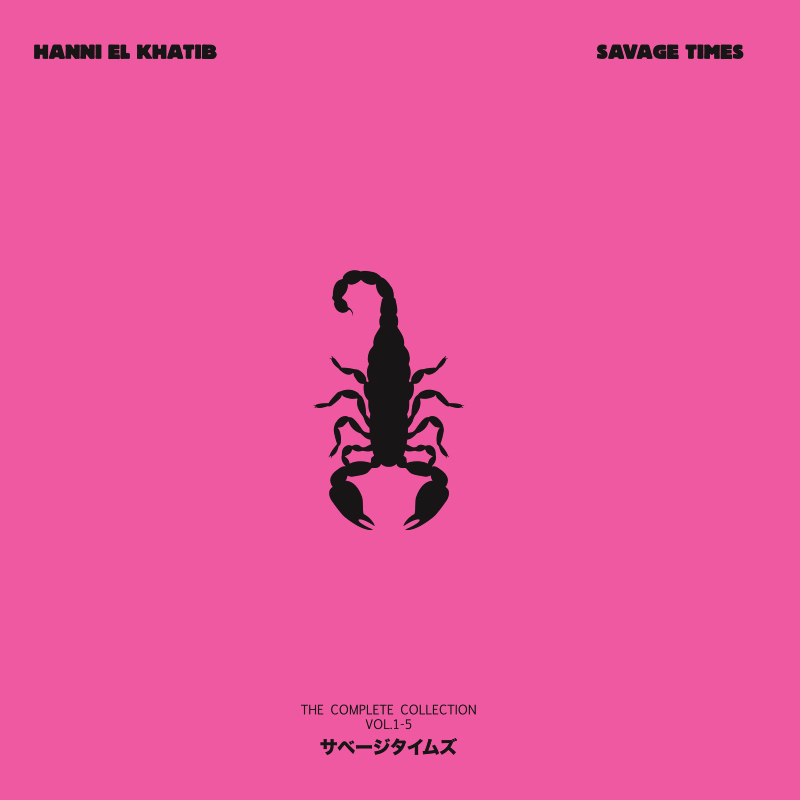 There has to be something amazing about someone who does things that hes never attempted before, from playing instruments he’s never played before to creating a collection of limited 10″ vinyl records that make up the 19-song collection of Savage Times. You’ll find yourself in familiar territory catching Khatib’s trademark rhythmic blues, opening things up with an explosive “Baby’s Ok” where Khatib’s simple delivery of lyrics “I was high as fuck,” he repeats without being repetitious. Then again, he doesn’t need much more than that here. What may surprise listeners are his lyrics on songs that are culturally relevant and have more social commentary than he’d probably want to let on. “Born Brown” is a thunderous, repetitive track where Khatib howls what he’s about, acknowledging his Palestinian and Filipino heritage, how his parents emigrated to the U.S., and the hard work they put in. There’s no other way to put it, he may play that dirty rock n roll but he was born brown. This is only the beginning though.  The quick-paced “Mangos & Rice,” gives you a small insight into not only what he was fed as a child but how it just may be  a cultural factor many just won’t understand. He’s putting that stamp on himself that in 2017 he’s the son of immigrants. Khatib takes things even farther with “Gun Clap Hero, ” a little more musically subdued but reflecting on gun culture in America, most notably how freely they’re used by law enforcement. He uses his words cleverly, not always calling them out directly until he sings, “Watch for the sirens/ They follow us/ everywhere that I turn I see them/ In the squad cars looking like demons.” It’s an amazing protest song without sounding like a protest song.
Everything is pretty direct here on Savage Times, as he drives through the garage rock he’s become so familiarized with. “Paralyzed” has him sounding more Rolling Stones than Mick Jagger while “Miracle” walks through a more frequented route he’s traveled down. Just him and his guitar when in reality, there isn’t anything else he needs. There are a number of different sides to Khatib on this 19-track opus as he shifts dynamics from song to song like on “Mondo And His Makeup” where he’s not averse to turning up the volume to 11 and throwing keyboards to accentuate that bluesy rawk! In all though, Hanni El Khatib has done something different here so new and old fans alike should be clamoring for more of him after listening to Savage Times. So yeah, I still fucks with Hanni El Khatib.

Now that brings us to Jonwayne,  and the adversity in his life. As a direct result, that same adversity  was the driving force for his record, Rap Album Two (The Order Label.) This album comes after a self-imposed hiatus that lasted a couple of years. Sometimes you’re hand is forced when there are situations that you can’t control. A bout with alcohol addiction will do that to you. That’s what happened to Jonwayne. He’s even gone on record in an open letter on social media. This is what he’s done; it’s what we all should do when we’re on top of the world and then it crashes around you. You have to pick yourself up and reassess. Now with this release expectations are quickly pushed off the curb. If you expected a depressed look at life, that’s not what we get here. 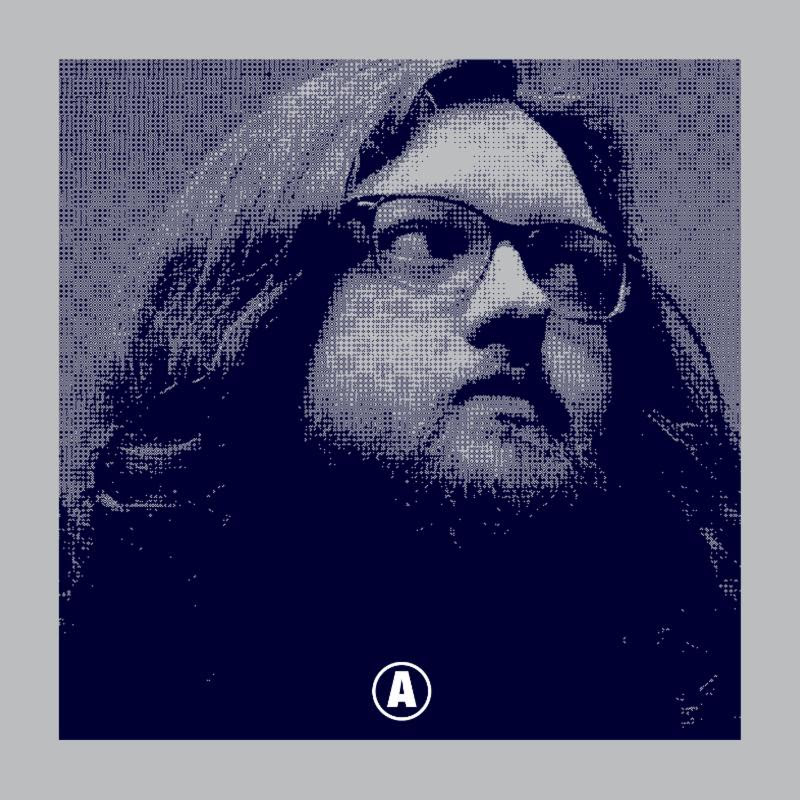 He’s put together 12 tracks of easy flowed tracks that never force an attack but rather gradually take you on a journey with his words that’ll have you visualizing what he’s dreaming on with the prowess of a master storyteller.  One track that stands out this way is “Out Of Sight,” which ebbs and flows with the calmness of cool breeze on a beach. Jonwayne is reflective on how he’s led his life, with the gains and the losses being what they are. It’s a beautifully done number that I keep coming back to. “Live From The Fuck You” marks his return, beginning with a dialogue between him and someone attempting to get him to rap for his girlfriend before he just agrees and spits knowledge. But damn if this album doesn’t continue with tracks that slowly build around Jonwayne’s voice. Musically “City Voice” always sounds like it’s going to explode into something huge but Jonwayne just rides that beat and current until it ends. You’re able to grasp onto every word he shares with that beautifully rainy melody.  Rap Album Two just has that watery feel throughout it, which makes me think here’s he’s just all about washing away the negative past and focusing on the future. “Afraid Of Us (feat. Zoroh)” even tracks moves he’s made in the past and is a bit self-deprecating while Zoroh holds down the melody. But it’s “Blue Green (feat. Low Leaf)” where he puts that open letter to music, obviously changing lyrics to fit but the concept is there, reflecting on what he’s done to get where he’s left standing. You can feel his words cutting deeply throughout Rap Album Two but it doesn’t leave listeners wallowing in self-pity alongside him. It’s a story of survival, which many can relate to. At least I can. This right here, isn’t something to be taken lightly.