Fresh off of their collaboration with Marvel Comics, Czarface has not only delivered a new audio adventure complete with narration, it has given us an extra-large, full color, action-packed 24 page comic book with it, housed in a beautiful gatefold jacket! In the spirit of the highly sought after Power Records series from the 70’s, you can read along with the comic and hear the story come to life on vinyl with this Record Store Day release. Now the group has unveiled pages from the Gilberto Aguirre Mata-illustrated comic. 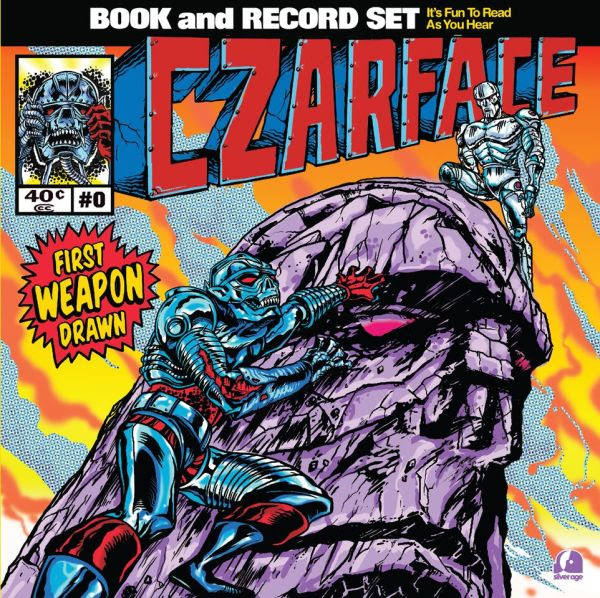 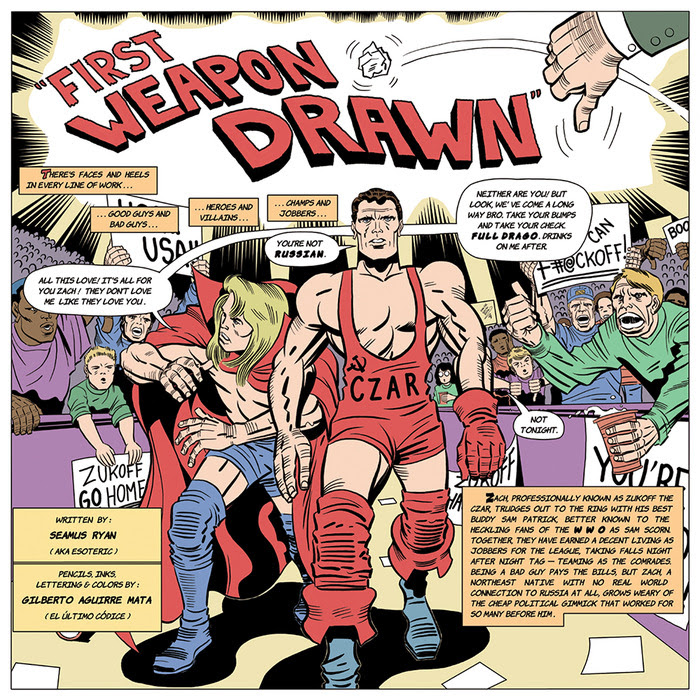 The first weapon drawn in a conflict is language, but the first weapon drawn for Czarface is the music. Wu-Tang Clan’s Inspectah Deck & Esoteric carved a niche for Czarface with venomous vocals, but the musical production is their super power. Powered by the trademark sound of The Czar-Keys, a sound that’s been developed since Czarface’s first LP in 2013, “First Weapon Drawn” serves as the soundtrack to Czarface’s mysterious origin.  Look for “First Weapon Drawn” as part of Record Store Day on April 22nd. 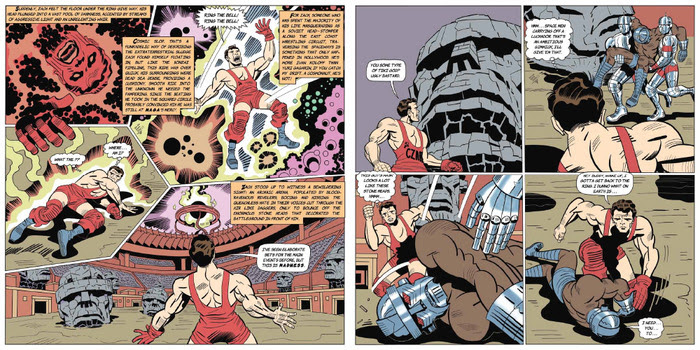