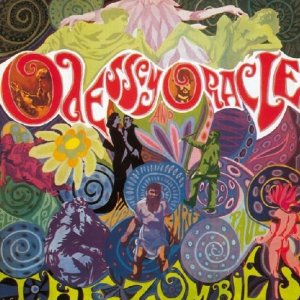 Delaware-based quintet The Spinto Band, which began when the members were in junior high, have released several impressive, hook-filled albums, including the band’s recent third album, Shy Pursuit, on May 1 via their Spintonic Label.  Taking cues from Hot Hot Heat, The Strokes and Fountains of Wayne, their songs are pop gems accented with sweet, air tight melodies.  Following the band’s recent resedencies at Brooklyn’s The Rock Shop and Philadelphia’s Kungfu Necktie, band bassist/singer Thomas Hughes took some time to tell us about his favorite album, The Zombies’ Odessey and Oracle.
What is your favorite album?
Thomas Hughes: Odessey and Oracle by The Zombies.
Do you remember when you received or purchased the album?
Thomas Hughes: It was somewhere towards the end of high school, when I began to get curious about psychedelic music from the late ‘60s.
What is your favorite song on the album?
Thomas Hughes: Every song on it has been a candidate at least once and that’s the beauty of the record. Let’s just say it’s “A Rose For Emily” for today.
What is it about the song that resonates with you?
Thomas Hughes: The manner in which the melody weaves and twists and constantly surprises you, harmonically. It’s relatively sparse (only piano and vocals), but the lyrics and music coincide and complement each other so beautifully that there is no need for anything else.
Have you ever covered a song from the album?
Thomas Hughes: Yes, at one point The Spinto Band were doing “Friends of Mine” at shows. I was also in a band in college called The Danger Twins and we did a cover of “I Want Her, She Wants Me”. Privately, I tend to involuntarily play “A Rose For Emily” whenever I sit down at a piano.
What is it about the album that makes it stand out against the band’s other output?
Thomas Hughes: Well, they only had one other album, and that felt more like a collection of singles and covers. It’s a great record, don’t get me wrong, but nothing on it could prepare you for the sheer brilliance of Odessey and Oracle.
Have you ever given a copy of this record to anyone?  What were the circumstances?
Thomas Hughes: Not really, but I’ve recommended it to everyone I know and I’m always sure to put a song from it on mixtapes I give to people.
Which of the records that you’ve performed on is your favorite?
Thomas Hughes: Shy Pursuit
What is your favorite song on the album and why?
Thomas Hughes: “Ada Lee”. It’s got so many tricks up its sleeve and is filled with different corridors you can get lost in.