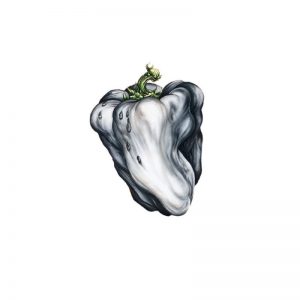 Hawaiian-born rock/reggae trio PEPPER have their first full-length album in over five years. In addition to the release, the band will also embark on a six-week national U.S. headlining tour with support from RDGLDGRN and Grieves, which starts today in Tucson, AZ.
Formed in 1997 in Lailua-Kona, Hawaii, vocalist/bassist Bret Bollinger, vocalist/guitarist Kaleo Wassman, and drummer Yesod Williams released five albums before pressing pause and taking a break. However, after releasing the 2010 EP Stitches, the band was ready to get back in the studio and start recording a new full-length record. The album is headlined by the single “F**k Around (All Night).” The music video for the track can be found on the band’s VEVO page.
Ghettoblaster caught up with PEPPER drummer Yesod Williams while the band was in the midst of their current tour (dates below) to discuss his favorite record.  Appropriately, it is Ween’s White Pepper.
What is your favorite album?
Ween, White Pepper.
Do you remember when you received or purchased the album?
Yes, it was given to me by a great friend of mine named Josh Fischel who sang for another great band named “Bargain Music”……..it was a burned SD (sorry Ween, but I’ve bought it multiple times since). The album is just a rainbow of music that includes every color on the palette!!!!
What is your favorite song on the album?
“Even if you don’t.”
What is it about the song that resonates with you?
EVERYTHING!!!!! It’s the perfect song, it holds so much weight and is has endless amounts of pop value, like Beatles type pop music!
What is it about the album that makes it stand out against the band’s other output?
It’s not as eccentric as some of their albums which I think makes it more widely appealing but still has that beautiful awkwardness that is Ween with songs like “Ice castles”, and then there’s that beautiful tongue and cheek like “bananas and blow” or “pandy fackler”, but I don’t think these stories these songs tell are funny to them, which makes it even more legendary!!!!
Have you ever given a copy of this record to anyone?  What were the circumstances?
Tons of people!!!! Usually it’s my families Christmas “card”!!!!! It’s the gift that keeps on giving!!!!
Which of the records that you’ve performed on is your favorite?
Prob gotta be the drums on the first song of our new self titled album. The songs called “Deep Country”
What is your favorite song on the album and why?
“These Hands” it tells an AMAZING story!!!!!
(Check out PEPPER live on these tour dates:
with RDGLDGRN
9/3 – Tucson, AZ @ Rialto Theatre
9/5 – Houston, TX @ House of Blues Houston
9/6 – Dallas, TX @ House of Blues Dallas
9/7 – Austin, TX @ Stubb’s
9/8 – New Orleans, LA @ House of Blues New Orleans
with Grieves & RDGLDGRN
9/10 – Fort Lauderdale, FL @ Revolution Live
9/11 – St. Petersburg, FL @ Jannus Live
9/12 – Orlando , FL @ House of Blues Orlando
9/13 – Atlanta, GA @ Center Stage Theatre
9/14 – North Myrtle Beach, SC @ House of Blues Myrtle Beach
9/17 – Norfolk , VA @ The Norva
9/18 – Baltimore, MD @ Baltimore Soundstage
9/19 – Richmond, VA @ The National
9/20 – Philadelphia, PA @ Theatre of Living Arts
9/21 – New York, NY @ Webster Hall
9/24 – Boston, MA @ House of Blues Boston
9/25 – South Burlington, VT @Higher Ground
9/26 – Buffalo, NY @ Town Ballroom
9/27 – Clifton Park, NY @ Upstate Concert Hall
9/28 – Syracuse, NY @ The Westcott Theatre
9/30 – Pittsburgh, PA @ The Altar Bar
10/1 – Cleveland, OH @ House of Blues Cleveland
10/3 – Madison, WI @ Majestic Theatre
10/4 – Chicago, IL @ House of Blues Chicago
with RDGLDGRN
10/5 – Minneapolis, MN @ Mill City Nights
10/8 – Denver, CO @ Ogden Theatre
10/10 – Reno, NV @ Knitting Factory Concert House
10/11 – Eugene, OR @ McDonald Theatre
10/12 – Portland, OR @ Crystal Ballroom
10/16 – San Francisco, CA @ The Warfield
10/17 – Ventura, CA @ Ventura Theatre
10/18 – San Diego, CA @ House of Blues San Diego)