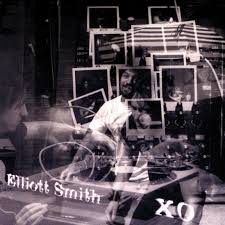 Formed in 2005, Taylor Muse (guitar/vocals) and his bandmates have spent much of the last couple years in increasingly rarefied air; playing late night talk shows (Carson Daly), performing at the Austin City Limits Festival, setting a record crowd for radio station KGSR’s Blues On The Green outdoor concert series, recording a session in the original studio of the iconic “Austin City Limits” television show, winning a record-shattering 10 Austin Music Awards and receiving glowing reviews for the late-2011 release We Are All Where We Belong.
Mixed by legendary engineer Tim Palmer (Pearl Jam, U2, The Cure), Quiet Company’s We Are All Where We Belong is a startlingly personal album that finds Muse – backed by Tommy Blank (Guitar), Matt Parmenter (Bass), Jeff Weathers (Drums) and Cody Ackors (Trombone) – growing up and questioning the religious beliefs that underpinned the band’s early work. The album’s gut-punch honesty is presented on a foundation of expansive arrangements that build to anthemic choruses; songs that shift from moments of hushed intimacy to full-on explosions.
It’s honestly no surprise then that when Ghettoblaster caught up with Blank to ask about his favorite album, he cited and absolutely essential, soulful and intimate record like Elliott Smith’s XO.  This is what he said about it.
What is your favorite album?
A favorite album is a hard thing to pin down.  It’s easier to pick a favorite album of a certain era of my life, and even then I’m going to cheat a little.  This is because of the significance of these two albums to Quiet Company.  The album I’m going to choose is XO by Elliott Smith, but I’m going to include Figure 8, which is Taylor’s (singer for Quiet Company) favorite Elliott Smith album as well.  We’ve always characterized these records in the same way many view Rubber Soul and Revolver, as Part 1 and 2 of a double album.

Do you remember when you received or purchased the album?
I wasn’t always into indie or singer songwriter style music, so the musicians I met when I first moved to Austin in 2004 and Taylor in 2005 were some of the first people to introduce me to the albums.

What is your favorite song on the album?
I remember distinctly the first time I heard the song “Waltz #2”.
What is it about the song that resonates with you?
We sometimes joke in the band that we are “slaves only to the melody.”  That is what strikes me when hearing this song.  The melody and lyric intertwine perfectly.  Also, as an artist, the imperfect science of recording can sometimes be frustrating. You enter the studio with an idea that may not turn out as a recording for the rest of the world to experience.  In the same vein you know and respect when an artist is able to get their idea seamlessly into the world, and Elliott did it on these two albums.

Have you ever covered a song from the album?
In my room alone, out of earshot, where most of my singing is done.

What is it about the album that makes it stand out against his other output?

It’s the meeting of a songwriter that’s matured and perfected his craft and a budget/support group to bring it to life.

Have you ever given a copy of this record to anyone?  What were the circumstances?
I’m sure these tracks have made it on to a mix tape/cd or two.

Which of the records that you’ve performed on is your favorite?
I’d have to say that each piece of Quiet Company material becomes an increasingly collaborative effort and a better recording experience.  On our most recent albums we’ve worked with Matt, our bass player, as a producer and engineer in the studio.  We Are All Where We Belong was a culmination of us becoming better studio musicians and our recording relationship with him coming into its own.  A huge part of that was the time we spent and the relaxed atmosphere based on Matt’s generosity with studio time.

What is your favorite song on the album and why?
I think my favorite song is “The Easy Confidence” because of the atmosphere that we were able to create with a unique instrumentation.  It really sets the tone for the rest of the song.
(The band has a ton of upcoming tour dates, get them here: http://www.quietcompanymusic.com/shows
Visit them at their social pages here:
https://www.facebook.com/quietcompany
https://twitter.com/quietcompanytx)