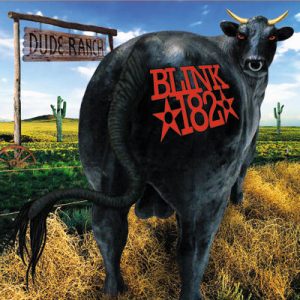 The description of Dugout, a band who recently signed to Painted OX and are preparing a new release, on their Facebook page reads: “We’re men. That means a few things – we like to shit with the door open, we talk about pussy, we go on riverboat gambling trips, and we make our own beef jerky. That’s what we do.”  It was no surprise to Ghettoblaster when we asked vocalist/guitarists Tim Cantando and Mike Dougherty about their favorite album they sited Blink-182’s Dude Ranch.  This is what they told us about it…
What is your favorite album?
Blink 182’s Dude Ranch.
Do you remember when you received or purchased the album?
We remember hearing songs off the album on an old radio station that use to be around back in the ‘90s/early 2000s called Y-100. From then on we received the album from either illegal pirating sites or burnt copies from friends… Stealing music was the shit and less-frowned upon back then… Lars Ulrich fucked it all up.
What is your favorite song on the album?
All of them.
What is it about the album that resonates with you?
The album is perfect. In every way, shape, and form.
Have you ever covered a song from the album?
We kinda started off as a Dude Ranch cover band because that’s how we all really connected and related musically. Once we got our feet off the ground with original material we ended up covering “Enthused.” Perhaps, to us, one of the most underrated songs off that album.
What is it about the album that makes it stand out against the band’s other output?
Scott Raynor.
Have you ever given a copy of this record to anyone? What were the circumstances?
Our new bassist, who is an idiot, and our new drummer who is like a die-hard August Burns Red fan… Homework for both of them.
Which of the records that you’ve performed on is your favorite?
Well, considering we only have two out at the moment, and our first one wasn’t exactly something we are proud of, it’d have to be our most recent record, On Our Own.
What is your favorite song on the album and why?
“H.B.D.” It’s the only track that Tim doesn’t sing. -Mike
“Panicos.” I wrote this song on a napkin at my favorite local dive bar with the same name. It’s about a girl I used to date.  I was slightly intoxicated (really trashed) at the time and it’s just kind of like a blatant “fuck you” towards her. We’re friends now and every things cool between us, but it still makes me feel good when people sing it in my face. Bitches ain’t shit, Mike sucks dick. -Tim