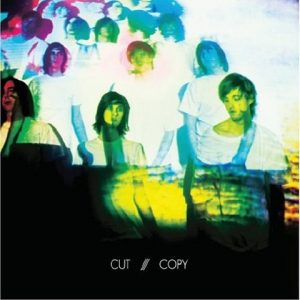 Evolution is inescapable. Ten years ago Shaun Hettinger’s musical output was LA synth-rock outfit The Squares, with co-songwriter/guitarist Jeff “Jiffy” Wild from E! Channel’s Chelsea Lately & After Lately.
One Wham! obsession, a move to Brooklyn, a keytar tattoo, and five years later, Hettinger set his sights on crafting chillwave synth-pop in his new project Kitten Berry Crunch. With the release of a few hilarious cat-themed music videos and their 2012 Dreams EP, mixed by DFA producer Eric Broucek, Kitten Berry Crunch won the internet’s attention.
Memoryy is Hettinger’s newest musical evolution. Retaining the core of Kitten Berry Crunch’s line-up (Adam Magnan on percussion, Dan Morosi on drums, & Sean Silva on bass), Memoryy ditches the tongue-in-cheek synth-pop for the sharp indie futurism found on their brand new Electric City EP. This is an album based in 1983 but written for 2013.  Check it out when it drops on June 4.
In the interest of mining Memoryy’s wheelhouse of influences, Ghettoblaster caught up with frontman Shaun Hettinger to discuss one of his favorite albums, Cut Copy’s In Ghost Colours.  This is what he said about it…
What is your favorite album?
One of my favorite albums from the past decade is Cut Copy’s flawless In Ghost Colours.  Dare I admit it, I was a reformed raver playing in a synth-rock band at the time (called The Squares). We were flirting more and more with disco-punk, then this album came out & I had to re-evaluate everything. I knew I had to crack their code and figure out just how the hell these guys did it. I started teaching myself midi, sequencing, producing, and experimenting with loops and sound, etc.
Do you remember when you received or purchased the album?
I do remember. I first heard the single “Hearts On Fire” and I was pretty obsessive about it. The vocal sample, the cheesy ‘80s sax, the build – everything about it drew me in. I remember listening to it on repeat for days. Then the full album leaked and upon first listen I knew this was something that was gonna change music for me.  It was more than just cheeky synth-pop songs. It was a seamless flow of sound and music, one track merging into the next. Droning guitar-rock on one track merging into perfectly crafted dance music on the next. The layers and loops of sounds & samples. The Synths. Everything about it sonically spoke to me – and still resonates. I still go back to peel back & uncover new layers I hadn’t heard before.
What is your favorite song on the album?
Ah it’s too hard to choose, but “Lights And Music” is up there.  It definitely appeals to my pop sensibilities. And I love the vocal “Ooo’s.” And the build is brilliant.
What is it about the song that resonates with you?
The overall production and combination of the electronic and natural sounds. From the start of the vocal loop, I’m hooked.
Have you ever covered a song from the album?
No. I don’t really like covering songs live. It’s too hard to get the band to agree on the same song. Song suggestions too easily veer to cheeky territory (Rihanna or “I Wear My Sunglasses At Night” stuff). Plus, one of my very first bands became known as “The Little Mermaid Band” for choosing to cover a song from the best Disney movie of all time! Ha… It’s not a good thing when a room full of people are shouting for you to play only one song and it’s not your own. From then on, I made a conscious decision not to cover songs live.
What is it about the album that makes it stand out against the band’s other output?
Well, I think it was the classic album they were leading up to and destined to make. Having DFA Records’ co-owner Tim Goldsworthy produce it, certainly was a huge upgrade from their previous album. And as with any album’s case, it all comes down to the songs, and these are some of their best.
Have you ever given a copy of this record to anyone? What were the circumstances?
Absolutely. Many times. Before we started working on our new EP there were two albums I gave to our producer Attiss Ngo (as a sonic reference point for what I hoped to create) – it was this album and Twin Shadow’s debut. (I have NO IDEA if we came close to achieving that mighty goal, but somehow we tried!)
Which of the records that you’ve performed on is your favorite?
Probably this new one (Memoryy – Electric City). We set aside a couple months to experiment and carefully craft the record we wanted to make. As opposed to previous albums where I’d constantly be watching the clock, knowing I could only afford X hours of recording time, and whatever we had when the clock hit that mark was it. Then we’d hobble an album together, glaring flaws and all.
What is your favorite song on the album and why?
It really changes for me day to day. “Electric City” is probably the one I’m most proud of. I remember listening back as we were recording and thinking, “This is it. This is the sound that’s really our own.” After playing in so many different bands over the years, it was rewarding to finally feel like I’ve discovered my voice… I won’t be needing Little Mermaid covers anytime soon.  (Welllll… Okay, maybe anything Sebastian sings.)
(Stream/ Download: Memoryy – “Electric City”)