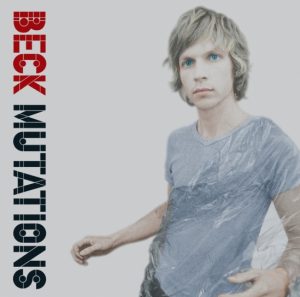 Brooklyn-based recording artist Sean Bones’ sophomore album Buzzards Boy was released this spring on S/S Friends to critical acclaim and he’s also announced a fall tour in support of the album, which includes shows with Divine Fits and The Growlers. On Buzzards Boy, Sean Bones transcends a varied stylistic past to reveal himself as an intriguing songwriter capable of truth and sonic spells.
Naturally, Ghettoblaster had to get a look into his artistic resolve and roots started by mining his influences.  So we asked him about his favorite album, and he settled on Beck’s Mutations.  Here’s what he told us about it and other favorites…
What is your favorite album?
That’s impossible to answer.
Do you remember when you received or purchased the album?
Stand outs: Nirvana In Utero (day of CD purchase), Beck Mutations (gift from older cousin). Blur 13 (got a ride to the mall and bought CD). Neil Young Harvest Moon (borrowed from Mom, never gave back). The Congos, Heart of the Congos (appeared in my van sometime c. 2006.) I’ll talk about Mutations…
What is your favorite song on the album?
Right now I’ll say “Dead Melodies.”
What is it about the song that resonates with you?
It sounds exotic and baroque. It feels like what I see when I look through a kaleidoscope. The lyrics are poignant and ridiculous at the same time. It’s short and sweet.
Have you ever covered a song from the album?
A few of them, yeah.
What is it about the album that makes it stand out against the band’s other output?
Stylistically it was a big shift what I’d heard up to that point and the starkness made it feel personal. Now I know that’s not really true, but it doesn’t matter. I was responding to the mystery.
Have you ever given a copy of this record to anyone?  What were the circumstances?
I probably gave it to my girlfriend in high school, trying to get her to slow down with me.
Which of the records that you’ve performed on is your favorite?
My latest one, Buzzards Boy.
What is your favorite song on the album and why?
Probably “Hit Me Up.”  It achieves what I’m trying to do with melody and psychedelia. We got the sound atmosphere right without trying too hard. It’s unforced, unhurried, kinda weird and still has a meaning.
(Catch him at one of these upcoming shows:
09.08 New London, CT @ I Am Festival
09.09 Brooklyn, NY @ Music Hall of Williamsburg *
10.05 Albany, NY @ Valentines ^
10.06 Pawtucket, RI @ The Met ^
10.07 Hamden, CT @ The Space ^
10.11 Brooklyn, NY @ Music Hall of Williamsburg ^
10.12 Worcester, MA @ Clark University ^
10.13 Baltimore, MD @ Ottobar ^
* w/ Divine Fits
^ w/ The Growlers)