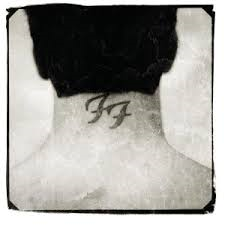 There Is Nothing Left To Lose

This past spring the guys in Diamond Youth told their label Topshelf Records that they wanted to record a couple songs “that are totally random and might not make sense entirely” or something to that effect.  The label gave them a thumbs up. What came out of two weeks with producer Brian McTernan at Salad Days studio in Maryland was Shake, a foot-tapping, head-bobbing punk rock EP that hits the streets February 4.
While we at Ghettoblaster are anxious to get the scoop on that nugget, we first caught up with Sam Trapkin of Diamond Youth to discuss one of his favorite records, Foo Fighters’ There Is Nothing Left To Lose.  This is what he said about it.
What is your favorite album?
Foo Fighters’ There Is Nothing Left To Lose.
Do you remember when you received or purchased the album?
Funny story about that. My mom actually used to work with someone that was friends with Dave Grohl’s mom. In 1999, that record had just come out, and my mom took it upon herself to mail it along with Nirvana’s Nevermind to Dave Grohl’s household for him to sign, which he did. I was 13 at the time, and it didn’t take long for it to become one of my favorites.
What is your favorite song on the album?
“Learn to Fly.”
What is it about the song that resonates with you?
It just has one of those indescribable sentimental vibes that only a few songs can have.
Have you ever covered a song from the album?
No. Well, in my room by myself actually yes.
What is it about the album that makes it stand out against the band’s other output?
It comes across to me as a very pure and care free record. They had just come off The Colour And The Shape, which was a huge release with a huge producer, and was apparently a very stressful process for the band. There Is Nothing Left To Lose was leisurely recorded with the three core members at the time. They did it all in a basement studio over the course of the summer, which they spent together in the house. It just seemed like a lot of fun, and it comes across in the songs.
Have you ever given a copy of this record to anyone?  What were the circumstances?
I’ve definitely shown it to friends and band members over the years. Actually, I’m pretty sure our singer hadn’t really heard it until I showed him. The circumstances were that he was subsequently delighted.
Which of the records that you’ve performed on is your favorite?
Our latest record, Shake, which comes out in a few weeks. That’s typical right? for it to be the most recent one?
What is your favorite song on the album and why?
Probably a song called “Red Water”. I think it just smashes together a lot of very different elements in a cool way. Like, they shouldn’t work together at all, but somehow they do.
(Purchase Diamond Youth’s Shake here: http://www.topshelfrecords.com/products/522223-diamond-youth-shake
)