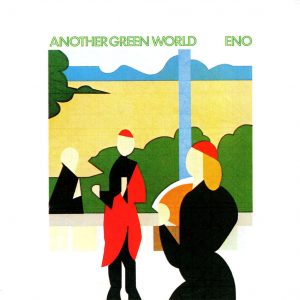 In just two week The Features worked up roughly a dozen new tunes before they traveled some 2,500 miles from their native Tennessee to Vancouver, Washington to make their new album The Features (Serpents and Snakes/BMG). There, the Nashville-based band spent a month crafting the most inventive and assured album of their career.
Over the years, The Features served up slice after slice of hook-fueled brilliance – with subtle nods to new wave, ’60s garage, southern rock, Krautrock and beyond – and perfected them over the course of countless shows and constant retooling in their practice space. But for their self-titled record, Matt Pelham and his bandmates – keyboardist Mark Bond, bassist Roger Dabbs and drummer Rollum Haas – were game to shake things up. Just two months away from the release of their 2011 album Wilderness, they decided that they weren’t going to wait another two or three years to start work on the follow-up. They’d make it in the two months they had to spare.  The resulting cuts range from synth-pop to proto-metal to arena rock, new wave, and Bowie-leaning soul.
Ghettoblaster caught up with drummer Rollum Haas to ask a couple questions about their new record (which drops on May 14), but primarily to discuss one of his favorites, Brian Eno’s Another Green World.  This is what he told us about both records.
What is your favorite album?
I can’t really pick a favorite album ever. There’s just too many good ones. I’ll just say Brian Eno Another Green World because I like that one.
Do you remember when you received or purchased the album?
I was 18 and worked at Tower Records. I’d got into Eno through getting into Roxy Music. I actually didn’t like it immediately. It was a little too different from Taking Tiger Mountain and Here Come The Warm Jets.
What is your favorite song on the album?
Probably “St. Elmo’s Fire.” “Golden Hours” is a close second. As far as the instrumental songs, “In Dark Trees” is my favorite.
What is it about the songs that resonate with you?
The whole record is great. With “St. Elmo’s Fire,” I just like the mood and sound of it. The lyrics are kind of secondary to me on his records. I like them but they’re not really a focal point for me.
Have you ever covered a song from the album?
No. We rarely do covers. Not that we’re against it. If we practice we’re just usually working on new material.
What is it about the album that makes it stand out against the band’s other output?
All of his albums are very different so I feel like they all stand out in their own way. With Another Green World I think the main thing that differed with the albums that preceded it was that there was less emphasis on traditional song structure. The first two albums still have tinges of glam rock in them and its nonexistent on Another Green World.
Have you ever given a copy of this record to anyone?  What were the circumstances?
I’ve made copies for people through the years if I thought they’d be interested in it.
Which of the records that you’ve performed on is your favorite?
The new Features record that’s about to come out.
What is your favorite song on the album and why?
“Rotten” and “Fox On The Run” right now. That will probably change. The rockers rarely end up being my favorites.  I’m a fan of our gentle, sensitive side.