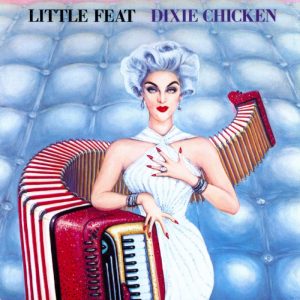 Self Defense Family are one of the most interesting bands in contemporary independent music. A musical collective formed in 2003 in Albany, New York and now spread across two U.S. coasts and Europe, their musical output is as varied as their curiosity and ambition. At first profoundly influenced by melodic Dischord bands, in recent years the band has grown into a new phase. This evolution has seen them explore post-hardcore territory also occupied by Lungfish and Wilderness, as well as delve into alt-country reminiscent of the Drive-By Truckers.
The band recently released the You Are Beneath Her EP via Iron Pier, which finds longtime ‘family’ member Caroline Corrigan taking the lead or sharing vocal duties with usual family singer Patrick Kindlon. The EP consists of four songs sung by Corrigan; three songs taken from Self Defense’s You Are Beneath Me sessions and one song re-recorded soon after.
Ghettoblaster caught up with vocalist Patrick Kindlon (whose work with the Deathwish Inc. podcast is one of our favorite things in the world) to talk about both the EP (feature coming later), and his favorite record, Little Feat’s Dixie Chicken.  This is what he said about it.
What is your favorite album?
This month it’s Dixie Chicken by Little Feat.
Do you remember when you received or purchased the album?
I got that one out of the library when I was 14 and find myself revisiting it every few years. It caught me again on Spotify a couple months ago.
What is your favorite song on the album?
“Roll Um Easy.”
What is it about the song that resonates with you?
It’s an exhausted-sounding song. If it’s a love song, it’s the most defeated love song I’ve ever heard. Which is probably how most love is.
Have you ever covered a song from the album?
We have not. I don’t have the voice for it. Maybe we’ll try someday, but I imagine it’d be like using fingerpaint on a sports car.
What is it about the album that makes it stand out against the band’s other output?

This is the most consistent of their releases. Not one bad song on the album. It sounds like it could have been recorded in one long take.
Have you ever given a copy of this record to anyone?  What were the circumstances?

Every woman I’ve ever tried to give it to tells me it makes me seem old. This is the price of dating 19-year-olds.
Which of the records that you’ve performed on is your favorite?
Difficult to say, because the ones I like best lyrically I often deliver my worst performance vocally. Maybe for that reason I like You Are Beneath Her best at the moment. That way I get to hear Caroline save my lyrics with her much more pleasant voice.
What is your favorite song on the album and why?
“Marissa Wendolovske” is nice. When I sing fast, my voice becomes shrill. Caroline does it quite a bit better than I do.
(Pick up You Are Beneath Here here: http://ironpier.limitedrun.com/products/516339-self-defense-family-you-are-beneath-her.)