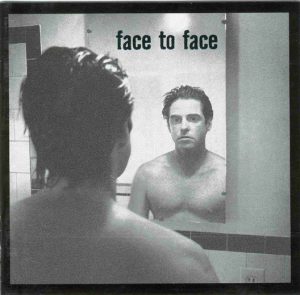 Working their way up from the dingiest of clubs and barrooms sprawling in and across North America’s borders to the stages of European festivals performing in front of thousands, Blacklist Royals have spent the last three years on the road supporting their debut full length Semper Liberi… chasing the often fleeting rock-n-roll dreams of youth like a siren song, and finding their own voice along the way.
Their long awaited follow-up album, Die Young With Me, is a testament to that. There was a very deliberate change in the writing process as twin brothers and founding members Nat and Rob Rufus entered the studio to begin going through new material with the band, and the record went on to take shape as a truly autobiographical collection of songs. Topically revolving around the personal account of a childhood spent battling cancer, the album unfolds as a fluid thing, exploring new directions both sonically and lyrically with candor and heart like never before.
The band have spent early 2013 touring with Face To Face, so it was no surprise that when we asked Nat Rufus about his favorite album, he was quick to offer up their self-titled record.  This is what he told Ghettoblaster about it…
What is your favorite album?
I have too many to name, but since we’re on tour with Face To Face and they’re one of my favorite bands, let’s say Face To Face’s  self-titled album.
Do you remember when you received or purchased the album?
I do remember when I got the album, I think I heard of them through liner notes in some other bands CD, and I remember sitting in my parents basement listening to that record religiously.
What is your favorite song on the album?
“Blind” because it was one the first songs I ever learned to play on bass.
What is it about the song that resonates with you?
Everything, the lyrics, the music, the hook.  It’s a brilliant song.
Have you ever covered a song from the album?
I’m not sure, that was quite a while ago, I’m pretty sure I was in a band that covered “Ordinary” once.
What is it about the album that makes it stand out against the band’s other output?
It’s not different from their other records, I just think that record is the band at its best.
Have you ever given a copy of this record to anyone? What were the circumstances?
Once upon a time I used to give it to all my friends.  Back in those days that’s how we all learned about new bands.
Which of the records that you’ve performed on is your favorite?
The new Blacklist Royals record is definitely my favorite.
What is your favorite song on the album and why?
I’d say either “Die Young With Me” or “Common Things” just because they took the most work.