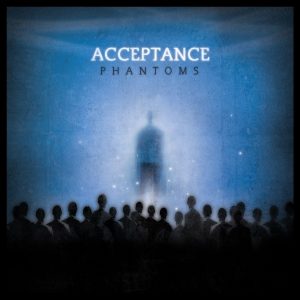 A little bit of rock, a little bit of pop, a little bit of punk, and a lotta bit of party. The Drama State, from Gas City, Indiana plays infectious rock n’ roll music for the new crop of party people, especially those who embrace the memories of Warped Tours past with fondness.  But this isn’t just a group of new schoolers who are landing at the top without paying dues; in the last seven years the band have performed 850 shows, including a stint of Warped Tour 2011.

Ghettoblaster recently caught up with drummer Mike Babb, as the band toured in support of Stories, which they dropped via Streaker Records a few months ago, to discuss a record providing him with inspiration.  This is what he said about Acceptance’s Phantoms…
What is your favorite album?
Acceptance’s Phantoms LP.
Do you remember when you received or purchased the album?
I’ve known about the band since ’06, but my love really came to the surface when their album streamed on my Pandora a couple months ago.
What is your favorite song on the album?
“Take Cover.”
|
What is it about the album that resonates with you?
I appreciate that the music in every song, compliments the lyrics in every song. It gives me a sense of nostalgia.
Have you ever covered a song from the album?
Nope.
What is it about the album that makes it stand out against the band’s other output?
Personally, it’s playability. You don’t have to change songs while listening to Phantom – just press play, and let it happen.
Have you ever given a copy of this record to anyone?  What were the circumstances?
I actually gave a copy to every member in The Drama State before we left for the “BRO BIG OR BRO HOME” Tour.
Which of the records that you’ve performed on is your favorite?
Our debut album, Stories.
What is your favorite song on the album and why?
“Go Cry About It” is my favorite song because I believe a lot of people can relate to the lyrics…
“I know you’re gonna spend your life alone.
You never wanted to be saved.
This bed, this town, is your grave.
You say you’re so full of regret.
Why don’t you go cry about it.
You never wanted to be saved.”
(Feel free to give the band a spin here: www.facebook.com/thedramastate.)