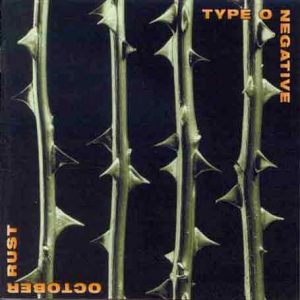 Swallow The Sun’s upcoming new full-length is set for North American release on September 4 via Spinefarm Records U.S., the 10-track offering was recorded during September and October 2011 by Mikko Karmila (Nightwish, Amorphis, Children Of Bodom) at Drumforest Studios in Viitasaari and Sonic Pump 2 in Helsinki, and by Hannu Honkonen at Noisework Studios in Helsinki, also in Helsinki. The effort was mixed by Hiili Hiilesmaa (Him, Apocalyptica, Amorphis, Moonspell) and mastered by Mika Jussila (Nightwish, Amorphis, Sentenced) at Finnvox Studios and includes a guest appearance by Nightwish singer Anette Olzon (on “Cathedral Walls”).
Known for their notorious lyrical correlations to Twin Peaks, the band conjures moods that recall rustly leaves in a dark dream that brings pain and suffering.  It is now surprise then that a dark album would rank as guitarist Juha Raivio’s favorite.  Here is what he told Ghettoblaster about Type O Negative’s October Rust…
What is your favorite album?
There is so many, but if I need to say one I would go with one album that has been maybe most influental for me as a writer, that would be Type O Negative´s October Rust.
Do you remember when you received or purchased the album?
It was while ago, but next album im gonna buy is the new Rush album.
> What is your favorite song on the album?
I think its the first song “Emerald Forest and the Blackbird,” because it is pure Swallow the Sun.
What is it about the song that resonates with you?
It´s the atmosphere and the feeling that I want from the music I listen to and write. I need to feel the real emotion on the songs because music is not just for background, it’s the air you breath.
Have you ever covered a song from the album?
We have done couple of cover songs so far. We covered Candlemass song “Solitude” and then we covered a song called “Alavilla mailla (These lowlands)” from a Finnish band called Trio Niskalaukaus. Theres are a few songs I really want to cover on the future, hope it will happen.
What is it about your new album that makes it stand out against the band’s other output?
This one has first time lots of acoustic parts, and I’m sure we are gonna keep doing that stuff in the future too because it worked out so well.
Have you given copies of your new record to anyone? What were the circumstances?
I have given all my copies away and the last one I send to Anette Olzon of Nightwish. I only have vinyl version of the new album at the moment, and need to buy a new vinyl player!
Which of the records that you’ve performed on is your favorite?
I think Ghosts of Loss and Plague of Butterflies are our best ones, love the atmosphere on the both albums.