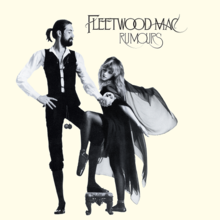 Distractions, the quirky and soulful landscape of songs forthcoming via musician John Nagle on August 6 center around the friendship of two offbeat characters who become entangled in the distractions of love. This is the story—and debut—of Nagle, and producer, Nahneen Kula.
Right before they met, John unwittingly discovered Nahneen’s home-made recordings online and was immediately captivated by her voice which is featured all across the album. John’s guitar driven grooves and breathy vocals are complimented by her electronic embellishments.
The album as a whole reflects their peculiar sense of humor and the light heartedness of their relationship. In jests of their days together emerged imaginary creatures of which Nagle first illustrated in acrylic paintings as gifts to Nahneen. They have become the official mascots of the album and have snuck their way into the soundtrack—some of which are also featured on the cover: a shrimp that awkwardly floats about outer-space and a fish that flies through the air in a lustful search for bun like objects, better known as the bunfish.
Not all romances last for ver but then again not all romances end with lasting friendship—and still, not all romances become a musical collaboration. The last few tracks are revealing of this time when the zany boy and precocious girl end their love affair. Finally, as friends they set out to create Distractions.
Appropriately, Ghettoblaster caught up with Nagle to ask him about a record that has provided pleasant, meaningful distractions for him over the years.  This is what he earnestly and humorously said about Fleetwood Mac’s Rumours…
What is your favorite album?
It’s a face off with Michael Jackson Bad, Fleetwood Mac Rumours, and Nintendo’s Donkey Kong Country. But Rumors wins first place as the family favorite. My parents got married in 1977, when Rumours was released, and it’s been in the family since. The most played album of my life probably for that reason.
Do you remember when you received or purchased the album?
I inherited it. My family collectively owns all 40 million copies of Rumours in all formats–from vinyl to mp3s–which currently makes it the sixth largest selling album of all time.
What is your favorite song on the album?
Maybe it’s “Dreams”. It’s difficult to pick a favorite song from a favorite album.
What is it about the song that resonates with you?
First, my hippocampus loves it. Nothing beats a good nostalgic high. Second, I like the theatrical sensibility. Truly you can see the rain, feel the pain, hear the heart beat and the player play. So good I can overlook the fact that thunder doesn’t actually occur exclusively when it’s raining.
Have you ever covered a song from the album?
No. Not seriously. Just singing along at home while mom and dad lead on the piano and 12-string. Anyway, every time I sit down to learn one of Lindsey’s riffs I meander into writing new material.
What is it about the album that makes it stand out against the band’s other output?
I don’t think it stands out against any of their albums. It complements them in fact.
Have you ever given a copy of this record to anyone? What were the circumstances?
I have certainly shared it. Before p2p sharing was a thing, it was popular to burn CD’s for your friends right? One of my closest friends took it upon himself to expand my musical tastes. He burned his whole collection and gave it to me as homework. So like friends do in this situation you want to one up and win them over with something cool that they didn’t know about. So I gave him one of my very own copies of Rumors and the very next day he gave it right back. He hated it. Fail. Didn’t even burn a copy for himself. But the years go by and all the sudden one day he starts blasting “Never Going Back Again”. So it finally did its job.
Which of the records that you’ve performed on is your favorite?
The one in my brain! And it may always be like that–the favored album is the album I’m chasing after. But since that doesn’t exist in the world, a fair answer would be my latest album, Distractions. Maybe when I have more records under my belt I will have a real answer for this but until then I find myself intensely focused on the next thing.
What is your favorite song on the album and why?
Runaway, because I love jazz in outer space. It’s so visually stimulating. I actually go on an outer space adventure when I listen to this song. Currently working on a video for it right now–starring a shrimp who floats through the far regions of the universe.