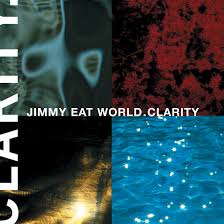 Nashville based synth-pop quartet, Machines Are People Too, announced recently that they’d be releasing their sophomore EP, Nickles & Dimes, on July 23r. The band has been bringing their feel good sounds to the music festival circuit, with performances at Bonnaroo, Hangout Fest, Summerfest, Nocturnal Wonderland, and an upcoming set at this summer’s Lollapalooza. With six tracks packed with group vocals and up-tempo electro-beats, reminiscent of Passion Pit, Matt & Kim and Grouplove, Nickels & Dimes is set to be a staple on every summer playlist.
Ghettoblaster recently caught up with Machines Are People Too bassist JJ Clark to discuss a record that has provided him with musical inspiration, Jimmy Eat World’s Clarity.  This is what he said about it…
What is your favorite album?
So many favorites, but if I have to choose I’d say Clarity by Jimmy Eat World.
Do you remember when you received or purchased the album?
It was 10+ years ago but…I used to buy CDs every Friday after school and that was one that my older brother was listening to at the time and it stayed in my Discman for years.
What is your favorite song on the album?
Probably “A Sunday”.
What is it about the song that resonates with you?
This song introduced me to swinging melodies and pretty guitar parts. It also has a glockenspiel on it, which was foreign to me at the time.
Have you ever covered a song from the album?
No. I think all of the songs are perfect and wouldn’t want to do anything to change that. Haha
What is it about the album that makes it stand out against the band’s other output?
There’s so much emotion on this record. I love all of their other albums for different reasons, but this one always has a way of being relevant to me in a unique way.
Have you ever given a copy of this record to anyone?  What were the circumstances?

I went to a tiny school and everyone loved the same bands so everyone had it. But just recently I showed it to Ivan (our drummer) for the first time a year ago. It was crazy to see someone listen to it for the first time.
Which of the records that you’ve performed on is your favorite?
Nickels & Dimes, set to release tomorrow (July 23rd, 2013).
What is your favorite song on the album and why?

“Do What You Love”.  The song is pretty simple, but it means a lot to me.  Honestly I tend to be a bit of a pessimist about some things, and this song translated into me being a happier person because I realized there was nothing in the world I’d rather be doing and to be thankful for what I have.
(Catch the band on tour this Summer at one of these dates:
08/01 – Cincinnati, OH @ MOTR Pub
08/02 – Milwaukee, WI @ Lake Island State Park
08/04 – Chicago, IL @ Lollapalooza
09/01 – Indianapolis, IN @ Broad Ripple Park
09/13 – Athens, GA @ Rivalry Music Festival)