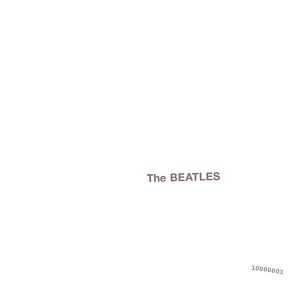 Jared Bartman flawlessly fuses afro-cuban, indie, and american folk influences to create the foundation for his latest, Misery Makes Strange Bedfellows.  The new LP serves as the follow up to 2009’s Jeresey shore and the 2011 release of the singles “Two Poems” and “Grinnin’ In Your Face”.
Misery Makes Strange Bedfellows is set for release on November 19, but Ghettoblaster recently caught up with Bartman to discuss another record, one of his favorites, the Beatles’ White Album.  This is what he said about it.
What is your favorite album?
It would be difficult for me to list one favorite album, but the Beatles’ White Album is definitely in the running.
Do you remember when you received or purchased the album?
When I was in third or fourth grade, my grandparents let me have a stack of old vinyl that had belonged to my dad and uncles. The White Album was among that stack. I had a Fisher-Price record player that actually played vinyl in 33 and 45 speeds, and I remember sitting in my room listening to “Obla-Di Obla-Da”. I was never the same again.
What is your favorite song on the album?
One of my current favorites is “Happiness Is A Warm Gun”.
What is it about the song that resonates with you?
Lennon’s vocal performance at the end section of the song (“When I hold you in my arms…”) is easily one of the best vocal performances I ever heard. Not to mention the disturbingly abstract lyrics and the starkly different sections that make up the song…it’s fantastic.
Have you ever covered a song from the album?
My wife and I once covered “Goodnight”. Some day I want to figure out a way to cover it with a full orchestra.
What is it about the album that makes it stand out against the band’s other output?
It’s like an enormous novel with and all the rough edges left. The scope of the record is like that of a Mahler symphony; it contains everything. At this point in their career the Beatles were really acting as solo artists with very different interests and personalities. The dramatic stylistic shifts from song to song and the somewhat unfocused and fragmented nature of the record really reflects that tension.
Have you ever given a copy of this record to anyone?  What were the circumstances?
I’ve never give a copy of the full record, but I’ve certainly included songs from the record on many mix CDs.
Which of the records that you’ve performed on is your favorite?
I haven’t performed on many records besides of my own, but one of my favorites is In A Whelming Tide by my friend and sometimes tourmate, John Davey.
What is your favorite song on the album and why?
Probably “Grand Emporium”. The song really showcases Davey’s lyrical ability, his gift for melody, and the nuance of his vocal and guitar abilities.
(Catch Bartman at one of the following dates:
10.23  Chicago, IL                    The Burlington*
10.31  Peoria, IL                        Apollo Theatre#
11.01  St. Louis, MO                 Foam%
11.02  North Manchester, IN  The Firehouse
11.03  Columbus, OH              Kafe Kerouac
11.05  New York, NY               Piano’s
11.06  Philadelphia, PA          Fergie’s Pub
11.07  Bloomington, IN           The Bishop
11.08  Indianapolis, IN            The Sneaky Bandit
11.09  Champaign, IL              Mike N Molly’s
11.10  Princeton, IL                  Fitzgerald’s
11.12  Minneapolis, MN          331 Club^