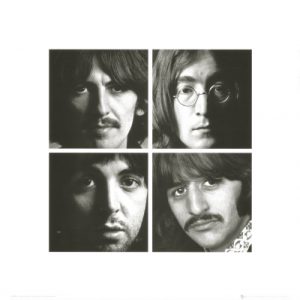 New Zealander Lawrence Arabia’s third solo album, The Sparrow, is ameasured and minimalist work, drawing particularly on the influence of the symphonic late-sixties work of Scott Walker and Serge Gainsbourg.  In October 2010, with Elroy Finn and Connan Mockasin, Lawrence recorded the basic tracks for these new songs, live, at a large house in Surrey that became known as the Japanese Academy. Strings and horn overdubs were added during 2011 in a couple of sessions at Auckland’s Roundhead Studios.  While various ominous words like “mature,” and “serious” come to mind, there are still strong traces of the witty pop songwriting that defined the first two Arabia albums.
Ghettoblaster recently caught up with James Milne (aka. Lawrence Arabia) to discuss an altogether different pop album recently though, The Beatles’ White Album.  Here’s what he had to say about it.
What is your favorite album?

For today, I’ll say the Beatles’ White Album. Could change from day to day though.
Do you remember when you received or purchased the album?

I seem to remember buying a copy of it on CD at a store called The Warehouse in Christchurch, but it’s probably my parents’ copy of it on vinyl that I initially remember listening to.
What is your favorite song on the album?

“Happiness Is A Warm Gun” (today’s runners-up “Mother Nature’s Son” and “Long Long Long”)
What is it about the song that resonates with you?

It’s menacing but coy, it’s surreal and kind of aggressive sounding but it’s also kind of comedic. It’s just one of the great enigmatic songs.
Have you ever covered a song from the album?

On my girlfriend’s birthday we played a cover of “Birthday” once. There’s also been a “Helter Skelter” or two. Liam Finn always seems to instigate these occasions.
What is it about the album that makes it stand out against the band’s other output?

It’s much sillier than most of the rest of the Beatles’ stuff. The personalities of the individuals in the band become much clearer than before.
Have you ever given a copy of this record to anyone?  What were the circumstances?

I may well have performed an illegal digital transfer to a friend or loved one’s computer in an emergency “lack of White Album” situation, but I can’t specifically recall.
Which of the records that you’ve performed on is your favorite?

Well it has to be The Sparrow really.
What is your favorite song on the album and why?

“Early Kneecappings” – cos it’s shamelessly the most heavy and portentous/pretentious thing I’ve ever done.
(You can check out the band performing “Traveling Shoes” here:  http://www.youtube.com/watch?v=sIDCRga1LjI&feature=plcp.)