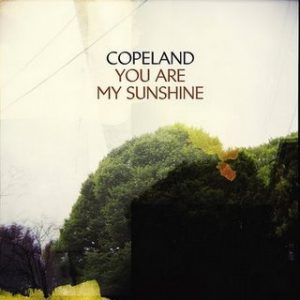 You Are My Sunshine

Atlanta, Georgia’s Topbunk are a young, raucous punk/emo two-piece making music beyond their years. During their tenure, they’ve two EPs, supporting the efforts with regional touring, playing everywhere from basement and house shows, to support gigs for higher profile acts in their hometown. The band are set to release their debut LP next year, which is being recorded/produced this winter, by Fake Problem’s bassist, Derek Perry.
Ghettoblaster recently caught up with drummer Gregg McCurry to ask him about an album that inspired him along the way.  This is what he said about Copeland’s You Are My Sunshine.
What is your favorite album?
Copeland’s You Are My Sunshine.
Do you remember when you received or purchased the album?
I had a friend in high school that would always give me rides to and from school and marching band practice and would play the record nonstop in the car. It took me almost an entire year to fully appreciate it, being that my taste in music was pretty different from what Copeland was making.
What is your favorite song on the album?
“The Day I Lost My Voice (The Suitcase Song).”
What is it about the song that resonates with you?
I relate to the lyrics about not fully appreciating where you are at any given moment.  I have never experienced that with any other track, by any musician.
Have you ever covered a song from the album?
I think everyone tries to do shitty acoustic covers of their favorite songs, but yes.
What is it about the album that makes it stand out against the band’s other output?
The choice of instrumentation and production is ballsy and aesthetically beautiful compared to their other releases, not to mention the songwriting itself.
Have you ever given a copy of this record to anyone?  What were the circumstances?
I can’t say that I have. I’ve lost a few Ebay battles to get a physical copy of this LP myself.
Which of the records that you’ve performed on is your favorite?
Our most recent effort, Better Sleep
What is your favorite song on the album and why?
“Comfort Driving” is by far my favorite to perform live. Joey and I include lyrical themes within the track that hint at much larger issues than just girlfriend problems to make a song that I very much enjoy.
(Here’s a link to the band’s Better Sleep EP: http://holyhellrecords.bandcamp.com/album/better-sleep.)