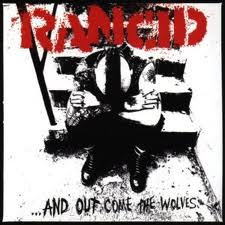 …And Out Come The Wolves

Autumn + Colour recently announced that Killing Kuddles has joined their roster. Killing Kuddles is a folk-punk band from Atlanta, Georgia that plays fast indie pop songs that are camouflaged by punk attitude and sprinkled with some Americana spirit. You can now stream Killing Kuddles’ new single “Nobody” here: http://www.autumnandcolour.com/aesthetics/say-hello-to-killing-kuddles.
Ghettoblaster recently caught up with Elwood Kuddles to discuss one of his favorite albums, Rancid’s …And Out Come The Wolves.
What is your favorite album?
All time favorite – Rancid’s …And Out Come the Wolves.
Do you remember when you received or purchased the album?
Yes!
What is your favorite song on the album?
It changes a lot, that’s probably why it’s my favorite record. But right now I would probably have to go with “The War’s End”
What is it about the song that resonates with you?
It’s short sweet and to the point. Minimal lyrics on a great song will get me every time.
Have you ever covered a song from the album?
Not on a stage. Not yet anyways.
What is it about the album that makes it stand out against the band’s other output?
It’s one of the more poppy of their albums.
Have you ever given a copy of this record to anyone?  What were the circumstances?
Pretty sure I gave it to my younger brother. So it’s probably collecting dust somewhere.
Which of the records that you’ve performed on is your favorite?
Odd Man Out.
What is your favorite song on the album and why?
“Dropped the Pop” because it’s about growing old and wanting more for your kids.
(Visit Killing Kuddles here: www.facebook.com/killingkuddles.)