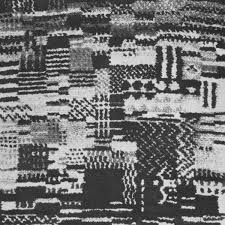 Singer/songwriter Drew Danburry released a new For all the Girls album today titled 70 Love Songs (which is a tongue in cheek homage to The Magnetic Fields, of course) and has 70 songs on it. Nearly every single track on the album is a collaboration involving a unique artist. Some songs pay homage to personal friends and some songs pay homage to celebrities such as Scarlett Johansson, Mila Kunis, Paula Abdul, Samaire Armstrong, Elna Baker, Erika Eleniak, or even fictional characters such as Xena the Warrior Princess.
To celebrate the album’s release, Ghettoblaster caught up with Danburry to discuss one of his favorite records, The Sand, by JP Haynie.  This is what he said about it.
What is your favorite album?
There are so many amazing albums I would like to mention, but I imagine I have to pick one, so I’ll pick JP Haynie’s album The Sand.
Do you remember when you received or purchased the album?
JP Haynie burned me a copy of the album onto CD to give to me back in 2010. He wanted to know what I thought. We’ve played music in Utah and known each other for years.
What is your favorite song on the album?
Initially my favorite song was “How Quickly We Forget” but I think now it’s probably “In the Desert at Night”.
What is it about the song that resonates with you?
Both songs use religious elements in a way that isn’t kitschy. I like that element of it because I was raised religiously and I feel like it’s pretty rare to come across anything that has that element to it without it being artistically and aesthetically atrocious. Pedro the Lion does a good job of that too.
But more than even that, the album and these songs have a very calming feel to me. I listen to it and it heals me. If I’m stressed or anxious I can put that album on and I find it soothing to my soul.
Have you ever covered a song from the album?
I wouldn’t dare. I rarely cover songs or artists I think have done a perfect job with their song presentation. It always amazes me when people cover Bob Dylan or the Beatles because I almost see it as sacred. Generally speaking, I cover songs I see a way in which it can be presented differently. I usually like an element of it and think to myself that it would be interesting to hear it in a different form, but I never cover something I think is perfect the way it is. This album in my opinion is perfect, just the way it is.
What is it about the album that makes it stand out against the band’s other output?
I think with every artist you can see them evolve and develop and you can see them experimenting and trying new things as they define and find themselves as artists. You can listen to their output and pick out songs that did or didn’t work and then eventually it seems like people get to a point where they really just nail it as a whole.
Also, I tend to be drawn towards albums where one song stands out initially and then the more you listen to the album in its entirety, more songs start standing out, and eventually over a long process you kind of love the whole thing. That’s how I usually feel about Jake Bellows work as an artist, and that’s how I feel about this album. There was one song that hooked me and then over time I just started getting pulled into more songs until the whole album just felt right.
Have you ever given a copy of this record to anyone?  What were the circumstances?
I have a friend that really came into my life at a time when I was struggling to find value in my own work and I shared it with her. I’m not sure my taste in music is really congruent with popular taste, so I tend to hesitate when recommending anything to anyone, in this case, I really felt like it would be something she would connect with and she did. It made me really happy.
Which of the records that you’ve performed on is your favorite?
One of my own records? That I’ve released? Probably Goodnight Dannii, but it’d be really tough to say. I think generally I’m so scatterbrained that on every record I generally get excited about different ideas that the records I release tend to have different themes and genres throughout. They lack consistency and I think Goodnight Dannii is the one album that seems to have a level of consistency to it. That’s also why I love the new For all the Girls album I’m releasing 70 Love Songs because it’s all over the place in terms of genre, but I think it works for some reason. Probably because it’s such a long record.
What is your favorite song on the album and why?
“Nirvana by Kurt Cobain” is my favorite song simply because I can put a time and place and memory on it. I have a strong emotional attachment to how I was feeling and why.
(Get the whole For All The Girls album for just seven bones here: http://drewdanburry.bandcamp.com/album/70-love-songs.)

Tags: Drew Danburry, For All The Girls, JP Haynie