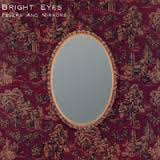 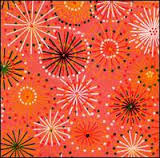 Letting Off The Happiness

Adventures and Run Forever have teamed up for a split EP that will drop on No Sleep Records early this year.  Run Forever is an alternative rock band from Braddock, PA, a suburb of Pittsburgh that’s faced hardship over the last several years and is in a state of rebuilding.  In its ascension, the small town has fostered a wealth of talented musicians and bands and Run Forever is one of those acts that has thrived and built a name for themselves around the region with incredibly catchy music and passionate live performances.
Ghettoblaster recently caught up with Run Forever’s Anthony Heubel to discuss a record, or pair of records rather, that have provided him with inspiration.  This is what he said about Bright Eyes’ Fever and Mirror and Letting Off The Happiness.
What is your favorite album?
Definitely Fevers and Mirrors by Bright Eyes and Letting Off The Happiness too, both so good.
Do you remember when you received or purchased the albums?
Cassie got me the first pressing of the Bright Eyes box set for Christmas a few years ago that included both records. Some of the records with it were previously unreleased to vinyl and it has a ton of awesome bonus material.
What is your favorite song on the albums?
My favorite song is “If Winter Ends” from Letting Off The Happiness.
What is it about the song that resonates with you?
Like a lot of people, Bright Eyes was the first band that I really related to. The song’s about the monotony of winter and how weird and confusing growing up is. My best friend and I used to sit in my mom’s basement and listen to this song on repeat for hours.
Have you ever covered a song from the albums?
We covered “Blue Angels Air Show” from Noise Floor for a tour once but I think Scott from Dads was the only one every night who knew the song, haha. It’s pretty old.
What is it about the albums that makes it stand out against the band’s other output?
I chose both Fevers and MIrrors and Letting Off The Happiness because the former is a more polished and mature record with the latter being more lo-fi. With Letting Off The Happiness it’s just such a raw record and that was really cool to me because at that time all of my friends were into auto tune and triggering drums and stuff. It was mostly recorded in Conor’s basement on an eight track and then mixed in Mike’s house and that made it feel so accessible to me. So, I borrowed a drum mixer and some microphones and started recording songs in my room. I had to included Fevers and Mirrors though too because “Sunrise, Sunset” was the first Bright Eyes song I heard and that’s what really got me hooked.
Have you ever given a copy of this record to anyone?  What were the circumstances?
I don’t think I’ve ever given a physical copy of it to anyone but I’ve definitely put it on different people’s ipods over the years. They were just such an influential band to me that when anyone asks about new bands or records to check out I always show them Bright Eyes if they’ve never heard them before.
Which of the records that you’ve performed on is your favorite?
The split 7″ with Adventures is my favorite so far. We recorded it at the same place we recorded “Settling”, in our friend Dave’s basement in Braddock, but the songs for the split are so different than anything we’ve written before. I think they’re more dynamic than our previous records and the guitar parts on both of them are a lot of fun to play.
What is your favorite song on that release and why?
I really like “Lost The Feeling.” It’s a short song, just under two minutes long but it flows together so well. Sometimes you kind of forget where you are in a song when you’re listening to it and then it ends and catches you by surprise. That’s what I wanted to try to do with “Lost The Feeling” and when I listen to it I hear so many ways that we could have made it longer or added extra parts but I’m really glad we didn’t. The songs about trying to preserve the essence of summer into the winter months. For me it’s the feeling of never being able to be somewhere long enough, walking around the neighborhood I grew up in, and laying in parking lots when it’s too hot to sleep.
(Visit Anthony and Run Forever here: https://www.facebook.com/runforevermusic.)