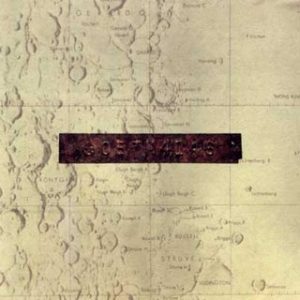 Things We Lost In The Fire

Dott are a band from Galway, Ireland, that play shiney, harmony-driven garage pop. The band is led by songwriter Anna McCarthy (vocals/guitar) with Laura Finnegan (bass/vocals) Miriam Donohue (guitar/vocals) and Tony Higgins (drums).
Their eagerly awaited debut album Swoon will be released on December 3, 2013 on Graveface Records US. Their debut EP Button was released in 2012 on the Popical Island Collective and on 7? vinyl with Graveface Records USA.
In an effort to dig up Dott’s pop influences, Ghettoblaster recently discussed a favorite record with McCarthy.  This is what she told us about Things We Lost in the Fire by Low.
What is your favorite album?
Things We Lost in the Fire by Low.
Do you remember when you received or purchased the album?
A new friend gave it to me shortly after I moved to a new city when I was 18. We then ended up playing music together while we were in university.
What is your favorite song on the album?
“Sunflower.”
What is it about the song that resonates with you?
It’s such a sad and beautiful song. The harmonies are heart-breaking and the arrangement is perfect. I feel crushed but comforted when I listen to it.
Have you ever covered a song from the album?
No, but the boy who introduced me to Low and I used to cover “California” from The Great Destroyer now and again.
What is it about the album that makes it stand out against the band’s other output?
That song and the fact that it was my introduction to a band that continues to make such beautiful music. It’s the only album that I can listen to while trying to sleep; it’s is really comforting to me and I know it so well that I can drift away with the music.
Have you ever given a copy of this record to anyone? What were the circumstances?
Yes, my boyfriend is a big Low fan now too.
Which of the records that you’ve performed on is your favorite?
Well, we only have one album so I’ll pick that one! It’s called Swoon and it’s out On December 3on Graveface Records.
What is your favorite song on the album and why?
The final track on the album “Another Summer” is my favorite. It’s about someone who loves where they live but is questioning if it’s still the same place when you take the people you love out of that city. It finishes the album with the question, was it fun?
(Stream “Small Pony” from Dott’s Swoon here: http://www.imposemagazine.com/bytes/dott-small-pony.)