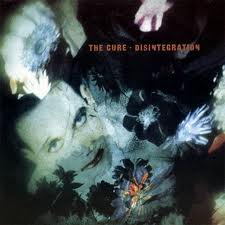 Pink Frost is the new moniker of the critically-praised band formerly known as APTEKA. Their album, Sundowning was recorded at Steve Albini’s Electrical Audio and will be released in partnership between BLVD Records and Notes and Bolts Records & Tapes on September 3.

Their debut LP (as APTEKA) Gargoyle Days, made Best of 2011 lists at outlets from Time Out Chicago to the Dumbing of America and this past February saw the release of their first 7″ single withe the band’s new name. Awash in captivating reverb, swirling melodies and soaring, anthemic refrains, Pink Frost has already generated considerable praise from local press namedropping everything from Ride to Smashing Pumpkins to Dinosaur Jr. to The Men and beyond.
Ghettoblaster caught up with Pink Frost’s vocalist/guitarist Adam Lukas to ask about one of his favorite albums.  It is one of our favorites too.  This is what he said about The Cure’s Disintegration…
What is your favorite album?
Disintegration by The Cure.
Do you remember when you received or purchased the album?
Don’t remember exactly when, but it seems like it has always been around.  It’s a foundational album.  It has pretty much followed me my entire life.
What is your favorite song on the album?
There’s a bunch of really great songs on the album, but not one I could call my favorite.  Think that’s what makes the album so great.  It’s not about individual songs.  It’s about how they all relate to each other.
What is it about the album that resonates with you?
Pretty much everything about the record still resonates with me. It is timeless, and has been since it was released. There’s some built in nostalgia. Something magical in the way Robert Smith expresses the beauty of what we have lost.
Have you ever covered a song from the album?
Nope.
What is it about the album that makes it stand out against the band’s other output?
Everything The Cure has done is pretty great, but there is something so transformative about this record. It envelopes you and transports you somewhere else. From the echoed out voice to the narco-tempos to the washed out synth pads. It’s a complete idea. Everything works perfectly.
Have you ever given a copy of this record to anyone?  What were the circumstances?
I’ve had cassettes versions of Disintegration stolen from my car and have put songs on mixtapes. The Cure is kind of the essential mixtape band.
Which of the records that you’ve performed on is your favorite?
I’m really proud of both Sundowning and Gargoyle Days. They highlight different aspects of the band. Gargoyle Days is a bit more introspective and quiet, whereas Sundowning is loud guitars and pounding drums. More like we do live.
What is your favorite song on the album and why?
Our favorite song to play live is “We Know Time.”
(Stream Pink Frost’s “Ruins” on Soundcloud HERE.)