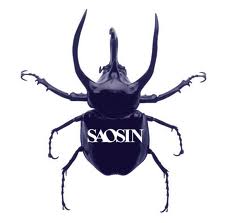 Among the thousands of metal/hardcore bands flooding the scene, it’s rare to find a band with a positive message and unique music. With lyrics depicting both spiritual as well as heart-felt messages, Beyond The Shore has been captivating their audience and taking the stage by storm.
In 2012, BYS headed to Lowell, NC to record the their first full-length, which was produced, engineered, mixed, and mastered by Kevin Newland of Newland Recordings and began talks with labels as well as exploring the option of releasing on their own. the band caught the notice of legendary metal label, Metal Blade Records, who they signed with in December of 2012.
Ghettoblaster recently caught up with vocalist Andrew Loucks, to discuss a record that had a profound  effect on his development at an early age, Saosin’s self-titled effort.  This is what he told us.
What is your favorite album?
Saosin’s self titled album. It reminds me of a lot of the good times I had in high school with my old friends. Drake Nothing Was The Same is a close second. It’s the newest album I’ve bought and a really versatile listen. Can jam it in a variety of scenarios.
Do you remember when you received or purchased the album?
Yeah of course, well, roughly about the time. I got the Saosin CD and also like an old school Saosin t-shirt that I cut the sleeves off of. Ha ha I was ridiculous.
Been listening to that album since high school. Probably bought it from a hot topic back when they still sold music.
What is your favorite song on the album?
“Voices.” I connect with the lyrical concept, or at least my interpretation of it.
What is it about the song that resonates with you?
“We speak in different voices, when fighting with the ones we’ve loved” basically to me means that sometimes we say shit we don’t mean and therefore miscommunicate with the closest people in our lives. I connect with that a lot of the times and it’s something I want to change about myself so when I listen to it, it’s always a reminder of who I want to be.
Have you ever covered a song from the album?
Never have covered a Saosin song. I’d ruin it, LOL.
What is it about the album that makes it stand out against the band’s other output?
I think it’s not only the material that I like a lot, but also the fact that it takes me back to those times in my life when I first listened to it. Funny how music can do that, remind you of exactly what you were feeling and doing at a particular point in your life.
Have you ever given a copy of this record to anyone?  What were the circumstances?
I haven’t given the music physically to anyone, but I have shown a lot of people the album online. So in a way, I’ve shared the music with lots of people and given them the opportunity to listen to it.
Which of the records that you’ve performed on is your favorite?
Well, we only have the one full length out. So Ghostwatcher I guess haha.
What is your favorite song on the album and why?
“Dreamkiller” because it’s groovy and I like to groove dude.