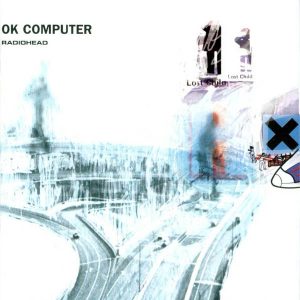 If you are living in a dangerously hot part of the world, you may not cease and desist from checking out Chicago quartet, California Wives, and their album Art History.  With their debut dropping via Vagrant, and produced by Claudius Mittendorfer (Interpol, Neon Indian), these white-hot up-and-comers spin together the a sound that earns comparisons to Joy Division, Phoenix, and just about anything on a John Hughes movie soundtrack.
California Wives received ‘Best Band of 2011’ accolades from all the Chicago papers with several of their tracks reaching #1 on the Hype Machine. They made their SXSW debut last year, and Peter Hook (Joy Division, New Order) took notice, asking the band to open his headlining set at Chicago’s Metro Cabaret.  Ghettoblaster caught up with California Wives’ Jayson Kramer as he prepared for the band’s big fall — the video for the song “Purple” will be debuting at the MTV VMAs in September around the time they hit the road with Stars – to talk about his favorite record.  Here is what he told us about Radiohead’s OK Computer…

What is your favorite album?
This is a tough question for me to answer. I think this answer could change based on what mood I was in when you asked me. But, if I absolutely had to pick one album, I would say Radiohead’s OK Computer. Some albums have the ability to change you as a person immediately after the first listen. That record definitely made me look at the world in a much different way.
Do you remember when you received or purchased the album?
I don’t remember exactly when I bought the album, but I do remember the sensation of owning it. I remember that jewel case and the whole experience of going into a record store in the late 90s. It was a much different way of experiencing the music you were purchasing. Physically holding the CD and flipping through the booklet for the first time was such a great feeling. I remember those things probably more than anything else.
What is your favorite song on the album?
Every song on that record is great. The musicianship on those songs is so impressive to me. My favorite song, though, would have to be “Let Down.”
What is it about the song that resonates with you?
The vocal performance on that song is incredible. I find myself singing aloud to those harmonies at the end every time. Also, the guitars on that song are beautiful. It’s pretty cool that they can go from making really aggressive sounds to incredibly delicate guitar tones. They definitely don’t corner themselves into making one sound.
Have you ever covered a song from the album?
I spent a good portion of my life learning those guitar parts, but I’ve never seriously covered any of those songs. Maybe one day?
What is it about the album that makes it stand out against the band’s other output?
Arguing that OK Computer is better than Kid A or The Bends seems kind of silly to me. Each record kind of says its own thing. That’s what makes Radiohead such a great band. I think I associate more with OK Computer, but that’s more about the memories and feelings I have surrounding that record.
Have you ever given a copy of this record to anyone?  What were the circumstances?
Almost everyone I know owns this record, so I haven’t had that “listen to this!” experience with any of my friends. Whenever it’s on, everyone seems to nod their heads in approval. We were all there when it happened and that’s a pretty cool feeling to experience with other people.

Which of the records that you’ve performed on is your favorite?
We are still pretty new as a band, so I wish I could give a more interesting answer to this question. Our Affair EP and Art History are the only two records that were properly recorded to date. Of those two, Art History is my favorite. We were able to take our time and get the sounds we wanted on that record. Affair was more of a “race to the finish” type of thing…which was fun in its own way. But we are a band that spends a lot of time thinking about each and every sound we make and Art History is the best representation of that.
What is your favorite song on the album and why?
I really like the way that “The New Process” came out. We were focusing on the style of that song as things were coming together. It’s a big mixture of all the sounds from the 80s that we love. Especially those guitar sounds…getting those right was critical to the song working out. We slowly put the pieces of that song together and the final product came out pretty well.