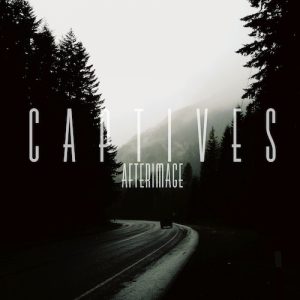 Captives are back and with more crushing heaviness than ever. Afterimage, Captives’ second release, features powerfully atmospheric guitar work, intoxicating melodic harmonies, brooding drum beats, and crushingly emotional vocals from dual-vocalists Jeffery Mudgett and Trevor Bookout.
These five new tracks showcase the growth and evolution Captives has accomplished as a promising band on the rise and further builds the theme established on their 2012 EP, My Eyes Are Open. An afterimage is a visual image retained after looking at something vivid, an image you can still see after you’ve turned away or closed your eyes. Even after minutes the illusion will remain if the image was distinct enough. Afterimage represents still seeing and feeling those things that are no longer with us, when only an impression remains.
Afterimage recorded, mixed, and mastered by Stephen Hawkes (American Me, I Am The Ocean, Exotic Animal Petting Zoo) at Interlace Audio in Portland, Oregon.
Afterimage is set to release on August 20 via Reveille Records. Pre-orders will be up for the 10″ vinyl version of the release on the same day.
Ghettoblaster has a first listen of this powerful EP.  Enjoy: