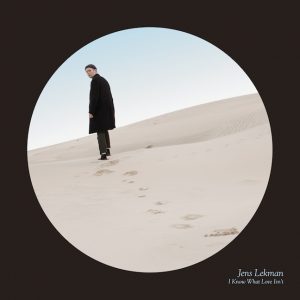 I Know What Love Isn’t

JENS LEKMAN
I KNOW WHAT LOVE ISN’T
“Every chord I struck was a miserable chord” pretty much sums up this entire record. Written on the tail end of a breakup, Lekman’s newest full length is the epitome of “sad bastard” music. I do give some credit because he at least claims he didn’t want to write about said breakup, but I guess he could’ve said that to gain some credibility. Regardless, the themes of heartache and loss are there, and set to music that teeters between The Smiths and Barry Manilow. It’s not necessarily bad; it’s just a bit too obvious, like he didn’t take too many risks to make it stand out from millions of other records that were made with the same formula. (Secretly Canadian) by Andrew Ryan Fetter